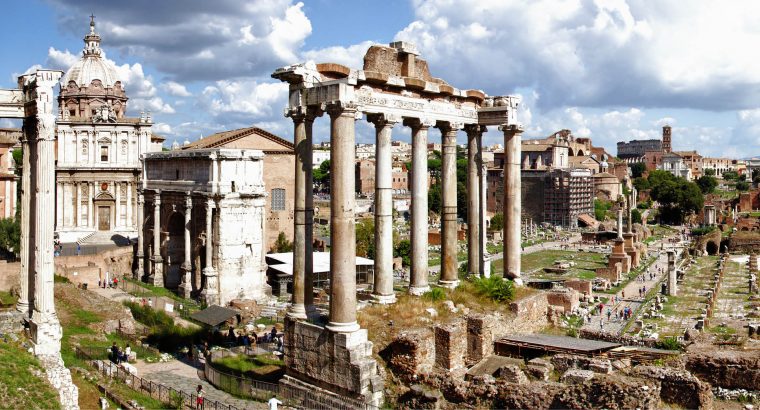 Italian languageItaly, as we know it today, is a very young country, just over 150 years old. It was ultimately unified in 1861 following a campaign lead by Garibaldi. Before then, it was a peninsula with dozens of independent city-states, ruled by lords, kings and popes, with their own laws, dialects and customs. Yet, the stable geography limits of the Italian peninsula determined by the coastline and the homogeneity of its population in terms of race and religion offered Italy a solid base for the development of a common culture. This Italian culture can be traced back as early as the Etruscans, hundreds of years before the beginning of the Roman Empire.

Close to three thousand years after the Etruscans inhabited the Italian peninsula, Italian culture made a giant leap from common habits and customs to a common identity with the diffusion of a common Italian language through radio and televised media. In fact, even though Italian as a language developed in the thirteen hundreds in Tuscany, at the time of the unification of Italy it was utilized by less than 10% of the population, as most verbal communication was carried out using dialects and much of the written texts were in Latin.

Modern Italian culture incorporates the most progressive and diffused western values and is a solid component of European identity. Meanwhile, the cultural heritage of the city-states is still quite visible through the local culinary traditions of each region of Italy. The recipes that are commonly referred to as Italian cuisine outside of Italy are clearly and unequivocally identified with their area of origin by Italians. Even the least cultivate Italian can name with certitude the origin of dozens of recipes, pizza comes from Naples, ragùsauce (Bolognaise sauce in the US) is from Bologna, polenta is from Bergamo, pizzoccheri from Valtellina, tortellini from Modena, cannoli from Sicily, cotoletta from Milan and the list continues.

Another vestige of the Italian city-states will appear in correspondence of the holidays and seasonal occurrences. Often the celebrations differ in style and customs from one town to another. The region of Piedmont, for example, has a series of festivals and events in the Fall which coincide with the wine making traditions. The Venetians take Carnival (celebrated throughout Italy) to a whole new level and extend the citywide celebrations for an entire week. Were as Siena holds a horse race that rewinds the clock to early medieval time with a surreal three-day procession, il Palio di Siena, that transforms the city center and engages all its inhabitants.

Though life in large Italian cities resembles that of most western cities, occasionally tourists and new residents to Italy are faced with some particular aspects of Italian culture and customs, that stand out as strange or inexplicable to the outsiders, yet are passed on unquestioned and unrevised from generation to generation of Italians. In upcoming articles, we will try to address some of these peculiar aspects of Italian culture and customs and try to offer readers some insight on the probable origin and some keys to interpreting otherwise enigmatic incidents of everyday life in Italy.