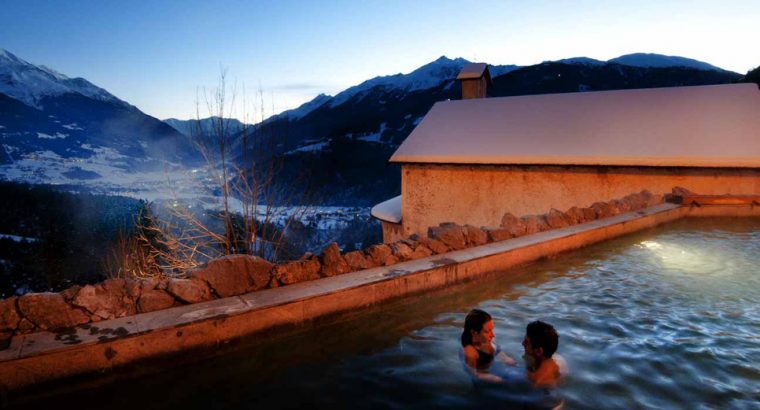 Montegrotto Terme
This is a popular European destination, especially among German, Austrian, French, Russian and UK visitors. Montegrotto Terme was quite in vogue during Roman times, however it was not until the 1950s that it hit mainstream when they added the phrase ‘stazione di cura, soggiorno e turismo,’ (healing station, accommodation and tourism) to the city name. Today it boasts over 30 hotel structures welcoming almost one million visitors a year.

Terme di Sirmione
Also located in Lombardy, the waters of Sirmione have been sought by visitors nice Neolithic period. The likes of Gaio Valerio Catullo, Alessandri Manzoni, Maria Callas and many others have all flocked to Sirmione. The sulfur, bromine and iodine content of its waters offers great benefits for dermatology, rheumatology, rehabilitation and respiratory therapies among others. For a unique experience stop by the Terme Catullo or Terme Virgilio.

Saturnia
According to legend, the spa is the result of dispute between Jupiter and Saturn. Jupiter threw lightning bolts and missed causing hot water to emerge from below. The site underwent a period of ‘re-discovery’ in the 19thcentury and saw a rise of hotel facilities. Today its 37.5° sulfurous waters welcome many a visitor. The spa is large and freely accessible and includes two characteristic waterfalls: Cascate del Mulino and Cascate di Gorello.

Montecatini Terme
Montecatini Terme is one of the most popular destinations in Italy for thermal spa tourism. It dates from the Paleolithic era, but it was not until the 1500s that baths were actually constructed. However, it was in the 20thcentury that pace picked up making it a top destination attracting the likes of Giuseppe Verdi, Benito Mussolini and Christian Dior. Its waters are said to work marvels for the circulatory, vascular and digestive systems as well as for muscles and joints, skin conditions, lungs and airways and of course stress and anxiety.

Terme di Viterbo
West of Viterbo, in the Lazio area, there are several thermal springs praised for their therapeutic properties by the Etruscans. The Romans also frequented the area; in fact ruins of their baths predominantly feature in works by Renaissance artists.

The most famous of these, Il Bullicame – the bubbling place, was immortalized in Dante Alighieri’s Inferno. Waters have a temperature between 40 and 58° and contain sulfurous salts, bicarbonate and magnesium and are beneficial for the respiratory system, osteopathy and skin conditions. Access to Il Bullicame is free, however there are no visitor facilities.

Another nearby site, Terme dei Papi receives its name by its most popular visitors: the popes notably Nicholas V (who commissioned the first baths), Sixtus IV and Pius II. This spa is fully equipped and offers great benefits for gastroenterology, peripheral vascular disease and heart and circulatory problems.

Terme Ischia
The healing powers of the island of Ischia have been acclaimed by Homer, Virgil and Pliny. With its natural springs, fumaroles and mud baths, Ischia is one of Europe’s largest spas and offers great benefits for rheumatology, dermatology, rehabilitation therapy and respiratory conditions. For a more scenic experience opt for the Terme di Sorgeto, Fonte delle Ninfe Nitrodi or Le Fumarole and relax.

Terme di Vulcano Sicilia
The mud bath of the island of Vulcan has attracted visitors for ages. For best results, bathers cover themselves in the mud and then wash-off in the nearby hot springs. The highly sulfurous waters give the site an unpleasant odor, however their therapeutic powers aid skin conditions, rheumatism, osteopathy, gynecology and gout.