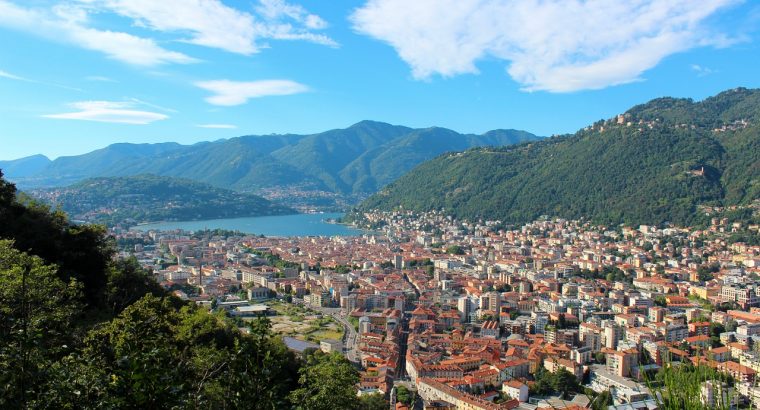 Living in Italy: Best Places to live in Lombardy

The Lombardy region is located in the northern part of Italy and is a popular destination for tourists for its museums and impressive architecture. If you are planning on living in Italy, Lombardy has many towns that offer great value and lifestyle options. We have compiled a list of the best places to live in Lombardy.

An incredible place to visit and live, Lombardy is home to approximately 10 million people, accounting for more than one-sixth of Italy’s population, and it generates more than a fifth of the country’s GDP, making it the most populous, wealthiest, and productive region in the country.

Lombardy is one of the most populated areas of Italy. The central hub of the region is the Milan metropolitan area. The region is made up of the provinces of Bergamo, Brescia, Como, Cremona, Lecco, Lodi, Mantova, Milano, Monza e Brianza, Pavia, Sondrio, and Varese. The official language of the region is Italian and like many other parts of Italy has a variety of local dialects. Lombardy has a temperate climate that is characterized by warm summers and cold winters.

Lombardy or Lombardia is a region located in the most northern part of the country and is known for being the hub of the Italian economy. It has the largest concentration of international companies, some of the country’s best universities, an international population and beautiful landscapes; it is easy to understand why many UK and US expats decide to settle here.

The Lombardy region is the most advanced in public transportation, which is essential, especially if you want to explore and learn about Italian culture.

Most multi-national companies are based in Milan. During the pandemic, cities were bare and barren. It was both shocking and impressive seeing the city of Milan empty. Lock down forced offices to close and create remote working opportunities for employees.

The pandemic has changed many things in our lives, either for the best or worst, but one positive thing to have come out of it is working remotely. Many companies in Italy have adopted a hybrid workplace, offering employees flexible work from home schedules.

Working from home has brought many of us, who used to commute daily from city to city, a new lifestyle. In one way, it has significantly improved work-life balance. For example, the time spent commuting, fighting traffic and the stress it comes with has decreased significantly.  In Italy, many have decided to move away from the cities and settle in new areas.

The latest findings from Istat (Italian National Institute of Statistics) report a 3.9% increase in national relocations in Italy in the year 2021 compared to 2015-2019 combined.  People are moving out of the cities to smaller, “more livable” towns and villages.

For expats, this means more flexibility and choice when choosing a place to live. Whether you are employed or self- employed, Lombardy is an excellent choice for professionals.

Remote work has offered new possibilities and opportunities as well as the freedom to choose to live anywhere a decent Wi-Fi connection is available.

New remote working opportunities have also inspired many to move abroad and live in Italy. Although the numbers were low during the pandemic, there were still 286,271 registered residents from abroad in 2021. The 2019 census reports that 8.4% of Italy’s population are foreigners.

Italy has long been a destination for expats. Attracted by culture, food, and art, living in Italy is a top bucket list item. One of the regions that appear to be on top regarding the best places to live in Italy is Lombardy.

Istat also reports that Lombardy was the destination of one in five foreign nationals.  Its proximity to the Swiss border, accessible transportation, universities, and job opportunities make Lombardy the most attractive region in Italy. Veneto, Lazio, and Emilia Romagna followed. Surprisingly, Molise has also become a popular destination beating out Tuscany and Piedmont. [Source]

Where are the best places to live in Lombardy?

We cannot talk about Lombardy without mentioning the capital of fashion, Milan! Italians consider it the most cosmopolitan city in the country, thanks to its multicultural blend. People come from all over the world not only to shop but to admire the beauty of the Duomo, Da Vinci’s Last Supper, as well as the park and grounds of Castello Sforzesco.

Milan is a great location, especially if you like to travel or need to travel frequently for work. It has three airports; Malpensa, Linate and Bergamo Orio al Serio. Train stations Stazione Centrale and Stazione Garbaldi have fast, inter-urban and international trains, making traveling to anywhere quick and easy.

Milan is also a major city for art, culture and music. It’s a large cosmopolitan city with an excellent infrastructure, transportation and a variety of housing options and an eclectic mix of neighborhoods. Living in Milan is ideal for university students, professionals and anyone who loves urban living.

Living in the city center of Milan can be expensive compared to the outskirts, but being a well-connected city, living out of town saves money and offers better weekend opportunities in areas such as Lake Como or Lake Garda.

For centuries Lake Como has been thought of as a popular hideaway for the rich and famous. Living on Lake Como is the picture-perfect image that many expats dream about when moving to Italy. Quaint, colorful houses and villas surround the beautiful Alpine scenery. Como is the most popular for expats, and being so close to Switzerland offers an inter-culture lifestyle; close to metropolitan Milan or the Swiss countryside.

The town of Bellagio, located on the top of the peninsula, looks like a postcard; no wonder it’s known as “The pearl of Lake Como” and, although not the easiest to get to, is a real treasure. Its splendor is out of this world, and some might even consider it the most beautiful city in Italy. The town of Varenna, also on Lake Como, is very accessible by train from Milan. Its Passeggiata degli innamorati, lover’s lane, is perfect for a romantic walk.

The town of Menaggio, with its glorious Medieval past, has more of a laid-back image than its neighbor Bellaggio which is usually filled with tourists, especially in spring and summer. The town of Tremezzo is known for its stunning natural scenery. It is home to many luxury hotels and the Villa Carlotta, a 17th-century neo-classical villa filled with embroidered tapestries, statues, and paintings and has what is considered one of the most gorgeous public gardens.

Bellagio, Varenna and Menaggio are laid-back locations for residential life, but if you decide to live there, be forewarned that they are swamped during the tourism season and can be very sparse in the off-season.

If you are looking for a small city, the city of Lecco and surrounding villages are excellent options. Trains to Milan run frequently, and it’s only a 40-minute commute to Milan.  Lecco is famous for water sports such as kite surfing, kayaking and sailing, and if your passion is cycling or hiking, it’s an excellent starting point for discovering the surrounding pre-Alp hills and mountains.

If you want to settle near a lake but are not interested in Lake Como, you might want to check out Lake Garda. For nature buffs and culture lovers, the town of Sirmione, known for its Mediterranean feel, is charming. At the same time, Desenzano Del Garda, with its Roman ruins, is submerged in the history of a glorious Empire. Limone Del Garda has an unusually mild climate, making it very pleasant all year round; it is famous for its lemon tree orchards.

The Brianza area, which lies between Milan and Lake Como, is known for its history, culture, and good food! This little area is very close to Milan, explaining why many locals decide to work in Milan but live here. Monza is a small city with a beautiful historical center accessible by train to Milan and Switzerland. Brianza is filled with little towns that make them the perfect place for anyone who wants to live in a historical center but still be within close reach of the heart of Milan.

Mantova or Mantua, given its importance should not be overlooked. Mantua’s uniqueness lies in its art and architecture, the beauty of the territory, and the variety of its cuisine. Mantua was the Italian Capital of Culture in 2016, which highlighted its vast historical heritage of museums, churches, and buildings. UNESCO declared its city center and the nearby town of Sabbioneta to be World Heritage Sites. Mantua is surrounded by artificial lakes and parks, perfect for nature lovers. Compared to Milan, the cost of living in Mantua is very affordable.

These are just a few ideas of where to live in Lombardy.  Lombardy is filled with many small and unique towns. The choices are truly infinite, but you will never regret choosing Lombardy as your home, no matter the city you might pick.

Learn more about living in Italy

Trying to plan a move abroad is exciting but can also be daunting. There is an abundance of information out there which can sometimes be overwhelming. Many people make the mistake of asking strangers on social media forums, which only adds to the confusion.

Each individual’s case is special and unique. There is no cookie-cutter solution to preparing and adjusting to a new culture, language, and location.

Easy Milano Ask an Expat is a service offering guidance, experience and insights about living in Italy. Schedule a call.

Since 1999 the Easy Milano mission has been to serve the English-speaking community in Milan by helping expats settle in, feel welcomed, integrated, and informed.  Since going online, we have expanded our reach and have supported thousands of expats throughout all of Italy.

So, if you are planning to come to live in Milan or other regions of Italy, we can offer you guidance, first-hand experience and insights, and most importantly put your mind at ease.

Book a 60-minute video session with Celia, editor of Easy Milano the online resource and guide for expats in Italy. She is an expat herself and has been living la dolce vita for over 20 years.

Learn about key information and essential insights about living in Italy that will help make your transition smoother. Schedule a call.