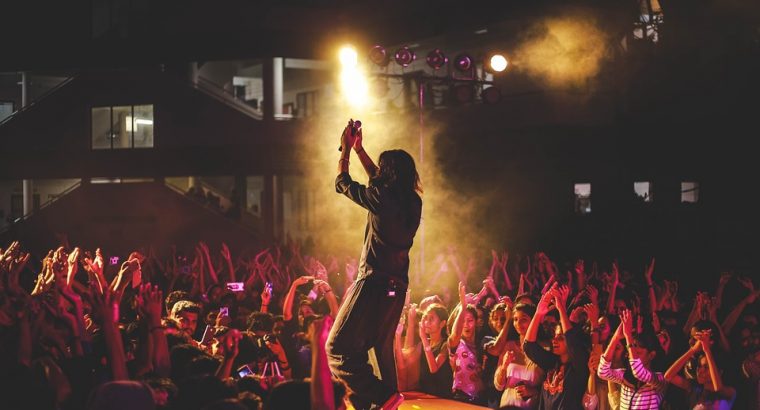 Concerts and events in Milan in clubs, discos and clubs: the most awaited shows of 2022-2023

Do you love the Alternative music scene? Discover emerging artists playing live in the clubs and discos of Milan and its province, and the best evenings of Milanese nightlife.

Official tickets for all events can be found on Ticketmaster

Tickemaster shares music news before they hit the whole world.  So, to use a typically Milanese expression, “fa ballà l’oeucc”! (Check it out) Here you will find some of the best events, new musical talents and upcoming concerts in Milanese clubs and cultural associations.

The Gate is one of the main clubs where the Milanese nightlife is lived. Located in Via Valtellina 21, right next to the Alcatraz, the Gate hosts concerts by the most important emerging artists of the Italian hip-hop and trap scene as well as evenings of house, dance, techno and pop music with the best DJs in national fame.

Saturdays at gate is all about Artemis! For the 2022-2023 season, the night of the Milanese club has been renewed and is ready to make its audience dance to the notes of urban, trap and reggaeton with hits selected by Dj Kadillac, BUSTTERFIELD and Dj Tita.

The event not to be missed for a Saturday night full of music and fun!

The Circolo ARCI Magnolia has been a reference point for live events in Milan and its province since its opening in 2005. The club is located “Outside Milan but in the center of Europe” thanks to the quality and variety of international artists who populate the banks of the Idroscalo every year. In fact, in the rich programming of the Circolo Magnolia we find concerts, DJ sets and festivals.

Badflower, considered to be one of the best emerging bands of recent years, return to perform on the Italian stages on December 15, 2022 for a unique and unmissable date at the Circolo Magnolia in Segrate (MI).

After a tour that led them to share the stage with the likes of Tool and Smashing Pumpkins , Badflower are back in 2022 with the new work This Is How The World Ends considered as one of the best rock / metal albums of the year thanks to songs like Family, Fukboi and Don’t Hate My Family.

The trio has achieved notoriety thanks to songs like All The Right Things and Flickers with more than 6 million plays on Spotify that fully represent the unique and innovative sound approach of Son Lux. The band will return to Italy after the summer dates to present live tracks tracks from the Everything Everywhere All At Once soundtrack as well as the most iconic pieces of their repertoire.

Alcatraz is one of the most important event locations in Milan. The Via Valtellina club has hosted historical names from the national and international music scene, becoming a reference point for live shows and concerts for more than twenty years.

The programming of Alcatraz in Milan is extremely varied, ranging from rock concerts by international groups to events by artists from the Italian trap scene, through DJ sets and evenings of fun on Friday and Saturday nights.

The “Giovane Fuoriclasse” (top class youth) from Salerno, is only 24 years old and has already collected more than forty platinum records, will take the stage of the Milan club with all his greatest hits from the latest Hustle Mixtape and Plaza works such as Goyard, Capri Sun and Money Time Freestyle that exceeds one million plays on streaming platforms.

Inhaler, one of the most popular emerging bands of recent years, will return to Italy on May 16, 2023 at Alcatraz in Milan .

After a summer spent performing on the stages of the most important music festivals, the band of Elijah Hewson, Robert Keating, Ryan McMahon and Josh Jenkinson is back with a new single and a new work to be released in 2023 entitled Cuts & Bruises.

With over 25 years in business, the Magazzini Generali is one of the leading clubs in Milan. The location in Via Pietrasanta was set up inside an old warehouse located in a complex from the early 1900s.

Following a renovation, a real club was born with an area of ​​over 1000 square meters which throughout its history has hosted DJ sets with the leading names of the world electronic music scene as well as live and concerts by nationally and internationally renowned artists.

Magazzini Generali will host the highly anticipated Italian debut of the Wet Leg on 25 October 2022.

The live show of the female duo originally from the Isle of Wight made up of Rhian Teasdale and Hester Chambers is undoubtedly one of the concerts not to be missed in the autumn in Milan. Wet Legs, with a sold out US tour, are undoubtedly one of the musical revelations of the global alternative scene. Their self-titled debut album Wet Leg climbed to the top of the charts, fueling even more attention to the English duo.

On November 9, 2022, the highly anticipated return of the  Stereolabs  to Italy will be celebrated at the Magazzini Generali in Milan.

The iconic band of the 90s founded by  Laetitia Sadier  and  Tim Gan and will present live the new work Pulse of the Early Brain [Switched On Volume 5] included in the Switched On compilation out on 2 September 2022. The return of Stereolab is l opportunity for all fans of the genre to see them live after over twenty years.

With over a thousand square meters of space, Santeria Toscana 31 can be defined as a creative factory located in the area of ​​the former Porta Romana airport in a space that has been renovated and converted into an area of ​​cultural and social interest.

Inside Santeria Toscana 31 you can find a bar and restaurant area, a shop, classrooms for training courses, an artistic atelier, a meeting room and a large theater that annually hosts cultural events, shows and concerts with renowned artists. national and international.

The Afghan Whigs world tour will stop on 25 October 2022 at Santeria Toscana 31 for an unmissable show.

The band has been active since 1988 becoming a representative reality of the alternative rock scene of Ohio and of the whole United States. On the occasion of their date in Milan, Afghan Whigs will present for the first time live the songs of the new work How Do You Burn? released in September 2022 after five years of silent recording. The album follows the two previous albums released after the reunion, acclaimed by audiences and critics alike.

The singer-songwriter Aldous Harding will return to Italy for a single and highly anticipated date on April 2, 2023 at Santeria Toscana 31 in Milan.

Aldous Harding will present for the first time in Italy the songs taken from the latest work Warm Chris released in 2022 entering the TOP 10 of the independent album charts of the United Kingdom, New Zealand and Scotland.

Founded in 2014 in Via Fantoli 9, the Fabrique immediately established itself as a reference point for events in Milan and throughout Italy. The club, which housed a record distribution company, offers a space of over 2000 square meters with a modular structure suitable for hosting concerts, events and DJ sets .

The renovation of the Fabrique was entrusted to Studio Architetti Beretta, known for having taken part in renovation projects of famous Italian clubs, which have made it an avant-garde venue capable of hosting over 3000 people.

The English singer-songwriter James Bay will make his highly anticipated return to Italy on November 5, 2022 at the Fabrique in Milan for the only Italian date of The Leap Tour 2022.

The award-winning artist who achieved fame thanks to songs like Hold Back The River and Let It Go is back in 2022 with the new work Leap. James Bay’s third album, which debuted in the TOP 5 of the Uk Albums Chart, is already a success with singles like One Life and Give Me The Reason exceeding 5 million streams on Spotify.

The Viagra Boys, the biggest Swedish revelation after ABBA and Swedish House Mafia, return to Milan after their smash 2021 tour for an unmissable date on December 15, 2022.

The Swedish band achieved fame with the album Street Worm which conquered audiences all over the world, leading the Viagra Boys to be a reference group of the new wave of the post-punk genre. The band’s latest work is Welfare Jazz released in 2021 and presented live in major European and international festivals.

The Legend Club is located in Viale Enrico Fermi 98, near the Parco Nord, and has for years been one of the top clubs for events and live concerts in Milan. The venue, thanks to a state-of-the-art lighting and sound system, is suitable for hosting concerts, DJ sets and evenings of dance music.

The singer-songwriter, musician and artist Amythyst Kiah arrives in Italy on November 20, 2022 at the Legend Club in Milan for an unmissable performance.

Born and raised in Tennessee, Amythyst Kiah took her first steps in the world of music both as a soloist and in musical projects such as Her Chest of Glass and Our Native Daughters with which she released the self-titled Grammy Award nominated album. For her only Italian date, the singer-songwriter will present the most famous songs of her musical repertoire as well as the latest songs published such as the cover of Hitchin ‘a Ride by Green Day and Love Will Tear Us Apart by Joy Division .

Against The Current return to Italy for a unique and unmissable date on December 14, 2022 at the Legend Club in Milan.

The trio formed by Chrissy Costanza, Dan Gow and Will Ferri will present for the first time live in Italy the songs of the new EP by Against The Current entitled Fever released in 2021. In the lineup of the live there will also be the most iconic songs of the band such as Legends Never Die, Voices and Gravity.

Article and images provided by Ticketmaster.it