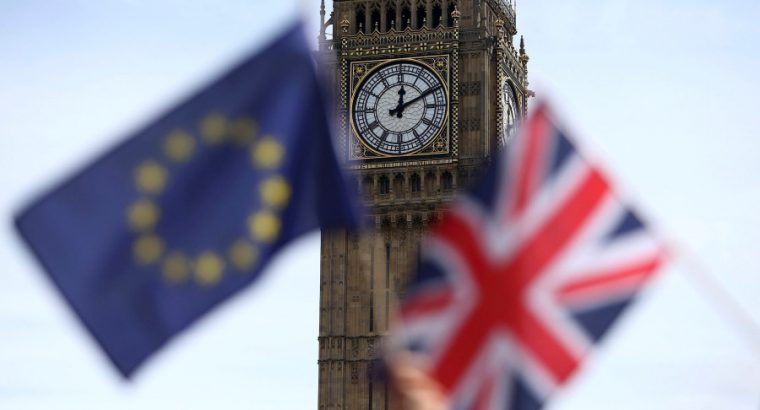 Contrary to the gloominess pervading the British Establishment these days, British companies and the general public could not have expected a better scenario than that offered by the outcome of the recent elections. Yes, most Tories and part of the mature population may disagree, but those in the UK and EU who hold for prospering business and care for cooperative research with the help of younger generations are certainly relaxed; and this is true of the post-Brexit UK and the renovated EU.

For those like me, who have spent their entire career with one foot in the EU and the other in the UK, it is not difficult to be affectionate to both, and by that being able to look at the matter objectively, as if from a Space Station you assist to the European unfolding of facts.

The UK history and culture are undeniably different compared to that of Continental Europe; the British Empire, the Commonwealth, have modelled the English character with different accents on the way to manage business and to conceive Politics. That is why we should not consider the UK leaving the EU as an offence; the common house does not fit with a diverse vision of the future and searching for a new arrangement is, not only legitimate, but also an opportunity to rationalize and enhance the two European administrations.

It is apparent now, that British citizens and businesses are in favour of a soft Brexit arrangement of the EEA kind (European Economic Area) similar if not the same as Switzerland and – important – if that is the case then dealings in Brussels could unwind smoothly and speedily. Free-riding figures have been mentioned by the press about the “divorce fee”; first and foremost it is neither a divorce fee nor a penalty, it rather concerns a balance of dues and owes’ exercise and the Commission in Brussels has proposed to the UK to first agree on the computation methodology to then arrive to a figure. The Brügel Research Institute has estimated a figure ranging from 30 to 60 B. Euro.

We cannot miss to disclose, however, that the UK departure presents advantages to the future of the EU; British members of the European Parliament have often voted against the interests of the Union, especially in matters of advanced integration. An independent Britain will not contribute the presence of their parliamentarians to Brussels and concrete chances exist that the Union will be able to enhance integration among at least some of their members, possibly setting up a separate Eurozone Parliament.

Will Mrs May succeed in forming a new government with the help of the Northern Irish (DUP) Unionists? She may, in the hope that she has properly considered the potential unsettling of the fragile peace in the Area, especially when the EU economic support will cease. In alternative, would Cameron-2, if asked, sacrifice himself on the altar of the kingdom? A Corbyn government? Would he be prepared to expose the fragile success gained in last week elections?

In conclusion, British companies may defer their decision to set branch offices in Continental Europe assuming that eventual adherence to the common economic area will not cause increased duties. The above may not be true of banks, as the EU will insist in grounding the main EURO dealing market in its home soil.

Rumours have circulated on 11 June that Boris Johnson is touted as an alternative to form a Tory Government; if it is not fake news then please disregard the title of this article.

About the author: A techno-economist, after three decades’ experience in the field of Applied Economics, having worked for international institutions, I regard Europe as my Country of residence, well aware of the strengths and weaknesses characterizing each Nation. My motto? Intertwining strengths is the only way to minimize weaknesses. Also, supporter of the “Third Culture Club” and member of European Humanist Associations.