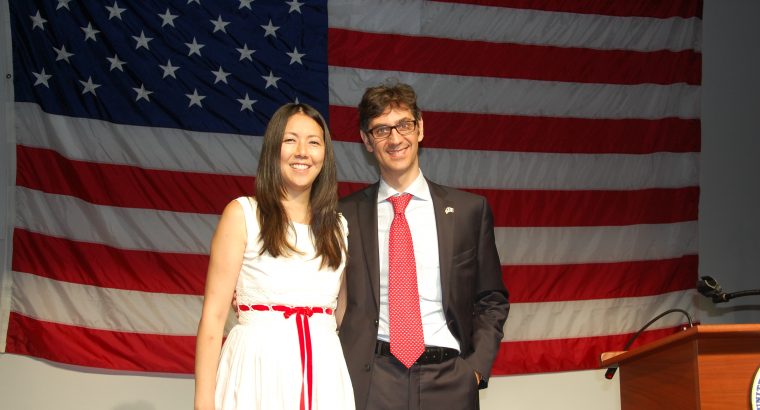 Completion of a Challenge, Beginning of New Endeavors – Letter from the Editor

In 1999 my partner Aaron and I moved to Milan after spending several years in Paris. As an expat, I expected to find an English language publication to help me ease into life in Italy. Similarly my partner, returning to his hometown after close to a decade spent abroad, felt the need to stay connected to like-minded people with international experiences. What we discovered was surprising–there was no such publication. There were thousands of expats living in Milan, but there was no Community. English speakers would congregate at work related groups, revolve around the occasional Consulate event or meet to share and swap books in English. There were a multitude of micro-communities comprising of a few dozen clubs and a cluster of small groups, all essentially disconnected from one another. We were in our twenties and had the audacity to think we could make a difference. Our goal was to bridge the gap and bring the community together, a single community—vast and diverse, made up of tens of thousands of international individuals that would infiltrate Milan and bring new impulse to it. Soon, expats were not to feel alone anymore in this alluring yet foreign country; or even worst, have to wait for visitors from abroad to bring them a can of Libby’s or a jar of Marmite.

How were we going to do this? Weeks followed and Easy Milano was born, a FREE magazine distributed in key places around the entire city and composed only of classifieds and display ads. “That’s crazy,” people would tell us, “a free magazine without articles would never work. Who would take you seriously without a cover price and who would want to read advertisements?” Months later, Italy caught on and we found comfort in other crazy free press pioneers–Metro and shortly after in 2001 City and Leggo came on the scene. We felt reassured. We had already started getting support from the many associations that understood the value of cross communication with other groups. Consulates were freeing themselves of hundreds of requests from foreign residents by diverting them towards Easy Milano. English-speaking doctors and professionals were getting visibility at a fraction of the cost. International schools were gaining greater interest, Chambers of Commerce were attracting managers to their events; and even the City of Milan was pleasantly surprised to discover that Milan had so much to offer to international residents.

Back then business was done the old fashion way, in person or on the phone. We had multiple rolodexes sitting on our desks. Proposals with lira and euro amounts were sent out via fax, one page at a time. Over time the Easy Milano brand grew and eventually became a household name for English speaking foreigners living in Milan. In 2008, we were called by the U.S. Consulate General in Milan to co-brand the largest and most memorable Election Night event ever made. Easy Milano not only published thousands of classified ads, year after year, we supported the communication efforts of hundreds of growing businesses. It had now become a catalyst for events that would physically bring together thousands of people to experience authentic Anglo-American traditions and values. The U.S. Presidential Election Nights, 4th of July Celebrations, Queen’s Birthday Party, Thanksgiving Dinners and countless other events… all became opportunities to connect, exchange and share. This went on for years–nearly 18 years and 375 issues now!

The city we live in today has increasingly become more international and multicultural than it was when our mission began. Of course, we were not the only ones promoting internationalization and intercultural integration, but we were proud to do our part and be the vehicle for your ideas and your requests. Today expats can buy international food at the local supermarket, find English-speaking doctors on Google and can join expat groups on Facebook. Even the local government has English speaking services now. The natural evolution for a publication like Easy Milano would be to go completely digital, but we decided not to take that route. We feel we did what was needed and served the international community when it needed it the most.

Aaron and I decided instead to follow new career paths; abandon the comfort of our tepid groove and seek new enriching experiences, dare to take on new ambitious challenges and hopefully make a difference for others and for ourselves. As some of you may know, Aaron was appointed Secretary General and CEO of The British Chamber of Commerce for Italy this past February. And in January 2018, I will be taking on the full time role as Development Director at the British School of Milan. We do not see this as the end of a journey, but rather the completion of a challenge and the beginning of new endeavors. You may not realize it yet, but once again, we will rely on your enthusiasm and encouragement to achieve our goals. We will be engaged in promoting international culture, international business and intercultural relations. We will be calling upon you for new collaborations and advice. We will need your support along the way, so even if at the end of this year we will stop publishing Easy Milano, we are not going away. We are just moving on to do something different, something new and hopefully something even better.

Last but not least, we are currently engaged in a conversation with Where Milan, a wonderful local English publication managed by a crazy visionary named Andrea Jarach, that will likely be taking on the role, along side EasyCircle.it, of providing the local international community with useful information, event listings and news.

If Easy Milano has played a role in your life, or if you would like to drop us a line, we would love to hear from you. info@easymilano.it. 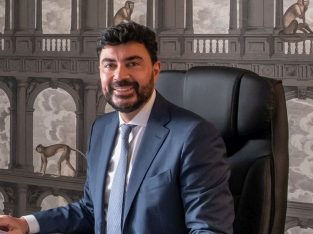