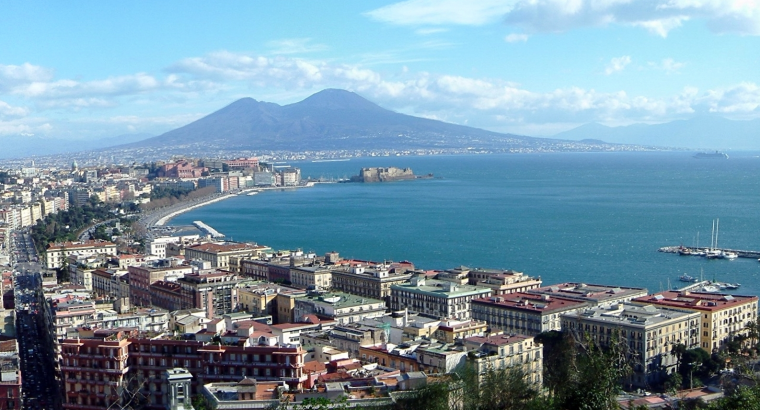 Dual-culture parenting… who controls the A/C

Dual-culture parenting boils down to priorities, values and who controls the A/C

Salvatore’s fathering was dependent on two all-important remote controls, each kept in a separate pocket of his velour dressing gown.

When you marry a Southern Italian man, you’ve got to be ready for major differences in childrearing. In the early years of our kids’ lives, my priorities as an American mother were to raise children who were: 1. Caring, 2. Principled, 3. Intelligent, 4. Accomplished, 5. Entertaining, 5. Disciplined, 6. Bilingual.

My husband Salvatore’s priorities as a father were to raise children who were: 1.Well-fed, 2. Warm, 3. Dry, 4. Fans of Napoli, and not of Roma soccer team.

Salvatore’s fathering was dependent on two all-important remote controls, each kept in a separate pocket of his velour dressing gown. The television remote was used every five minutes to check on the ranking of Napoli in the Italian seasonal tournament. The other remote regulated our air-conditioning units, or as Italians call them, our “splits.”

We have remote-controlled wall units in all rooms of our apartment, and they are usually (even in the worst heat of the summer) turned off. This is not because air-conditioning per se is hazardous to your health (although it is! Don’t you know that?) but because the splits create drafts that cause, among other things, the common cold, neck cricks, and bronchitis. In the worst-case scenario (among the very young and very old), they can provoke pneumonia and paralysis. “Drafts” can be translated as correnti, a word Italians pronounce with a menacing rolled r.

Hence the importance of my husband’s vigilant control of the splits. “Who is responsible for regulating the air-conditioning at my house in Washington?” I have been asked by my in-laws. “Who has the holster for the sacred remote?” My mother, who is freddolosa (always cold) or my father, who is caloroso (would downhill ski in his Speedos)? No one? With central air, we just set the temperature and forget about it. It astonishes them that day and night, morning and afternoon, there’s no regulating.

When our daughter was tiny, I would strap her into her high chair far away from her roaming, raging older brother. No matter the room, Sal Quick-at-the-Draw would find her. He would locate his daughter — buckled in, immobile, defenseless — regulate the vents with his remote, and exit. It would happen in a nanosecond. We would not hear the sound of footsteps, nor would we get a glimpse of him in his loungewear. Sal’s presence was heralded by the beep-beep-beep of the remote control. Beep-beep-beep,another child rescued from a corrente, and he’d be gone.

Recent sightings of Quick Draw Sal have revealed that, even in summer, he dresses in layers. The Italian expression is a cipolla, like an onion. His loungewear begins with a white short- sleeved undershirt. Then come the pajamas — long-sleeved gray pajamas printed with little white curly-tailed cats interspersed with fluffy clouds. The legs of the pajamas are tucked into his very long navy-blue knee socks, so that no chilly air will come up his pajama legs. The undershirt and pajama top are tucked into the pants tightly so that, once again, no air will make its way to his belly. As a general rule, air is not to touch exposed flesh unless one is at the beach in Sardinia and it is 101 degrees. Salvatore’s dressing gown, worn over his pajamas, is soft velour and is tied (tightly) around the waist.

Bedroom slippers are often mismatched in our household. In Italy, and in Naples in particular, bare feet are not to touch floors, even in the summer. When I wake up in my in-laws’ apartment, I find slippers already on my feet before I put them down on the parquet. Some concerned kinswoman does not want me catching a cold, and everyone knows that I, as an American, have been known to walk around the apartment barefoot and sometimes even with wet hair. Salvatore, careful not to touch the floor, dons the slippers closest to the bed when he wakes up in the morning. There have been times when one of those slippers is pink, has feathers, and is mine.

Our children, as they have grown, have managed to integrate both cultures, and understand their father’s concern over wet hair, bare feet, and wind on the neck. Just as they put up with my concern over their self-esteem, discipline, and intellect. On Italian Father’s Day, after Salvatore prepared a mouthwatering spaghetti a vongole, he smiled wide as he saw his children warm and dry, sated and healthy. For an Italian father, there’s nothing more important.

Katherine Wilson was born and raised in Washington, D.C., she has lived in Italy for the past nineteen years, working in television, film and theater. She lives in Rome with her husband and two children. You can read more by visiting her website, https://medium.com/@kwilsonwriter, or checking out her book: Only in Naples: Lessons in Food and Famiglia from My Italian Mother-in-Law published by Penguin Random House on April 19, 2016. Copyright © 2016 Katherine Wilson. Available for purchase at Amazon, Books A Million, Barnes & Noble, Indie Bound and more.