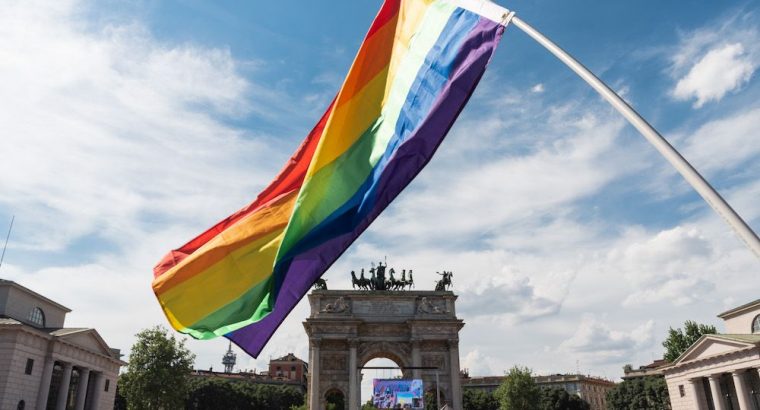 Milan is tinged with the rainbow and asks for rights for all, a guarantee of democracy and freedom. The Pride Week calendar is underway with initiatives spread throughout the city, with then the rich Pride Square scheduled for June 30 and July 1 in Porta Venezia: debates, talks, art and culture. A focus on the 50th anniversary of the Sanremo ’72 event, but also international rights, health and moments for the little ones. On July 2, a new parade will bring the colors of the LGBTQIA + community to the streets to arrive in Arco della Pace, where the big final event will take place, which this year doubles until midnight.

2nd JULY: THE PARADE AND A GREAT FINAL EVENT, WHICH DOUBLES THIS YEAR

Saturday 2nd July, the parade returns, the event that will make the streets of Milan explode with colors, this year with a new path that embraces the city.

The concentration will be in via Vittor Pisani, in front of Piazza Duca d’Aosta in front of the Central Station. The head of the procession will start from Piazza Repubblica at 3:00 pm to continue along viale Monte Santo, the Bastioni di Porta Nuova, piazza XXV Aprile, the Bastioni di Porta Volta and viale Elvezia, until arriving in front of the Arena: here the parade on foot he will cross the park to then reach  Arco della Pace.

Right in Arco della Pace from 18:00 the big final event, this year longer to allow the rainbow community and the whole city to fully enjoy the final moment of the event: there will be the claims of the LGBTQIA + associations and their guests, greetings from the institutions, as well as moments of entertainment and music that will make the participants dance until midnight.

For the first time there will also be a symbolic award ceremony for the reality that will have set up the wagon considered most eco-friendly: environmental issues are at the forefront of the organizers’ mind, which encourages participants to parade taking into account the rights of the planet. .

The LIS interpreting service will be present during the event.

The whole event will also be available in streaming on the Milano Pride YouTube channel thanks to the collaboration with Fastweb.

THE MESSAGE: RIGHTS WITHOUT CONFLICTS

“The rights of men must belong to all men, proper to all, otherwise call them privileges”  said Gino Strada, founder of Emergency. Rights without conflicts is the title of the political document of Milan Pride 2022. “We want a society of Peace, Democracy and Rights” This is the true mission. “A society where intellectual, moral, economic resources, collective thought, political planning, education are aimed at building the common good, overcoming conflicts, moral and material progress, without any distinction and discrimination. When even a single person is deprived of dignity, physical and psychological integrity, equal access to education, housing and work, due to their gender identity, sexual orientation, origin, religion or any other reason, the whole society is fragile, exposed to conflict and unjust. ”

A reflection on the theme of war is seen as a duty in this edition, as well as the solidarity with the resistance of the Ukrainian people – also made up of LGBTQIA + activists – against the war of conquest waged by Russia.

The Rainbow Social Fund, the fund dedicated to social projects and cultural initiatives, dedicated to those in need of support, inside and outside the LGBTQIA + community, is precisely in the spirit of solidarity.

The Milano Pride is in fact also an important fundraising opportunity: born thanks to the proceeds of the Pride net of living costs in 2020, today the Rainbow Social Fund also feeds on other contributions received during the year – in order to create value added for the society that surrounds us and provide real support to those who need it most: concrete actions that demonstrate the open and inclusive soul of the city of Milan.

Among the projects supported through the Rainbow Social Fund we find: a contribution to EPOA fundraising for LGBTQIA + activists in Ukraine; assisted housing for asylum seekers who flee their countries for discrimination related to sexual orientation and gender identity; legal assistance for victims of homotransphobic crimes; support for the Mix Festival as a cultural value of the city of Milan.

There are numerous Italian and international brands and companies from different sectors that support Milano Pride, actively contributing to the Rainbow Social Fund and taking the side of rights.