…
For a better experience please change your browser to CHROME, FIREFOX, OPERA or Internet Explorer.
Easy Milano contains ads and affiliate links. This in no way affects the quality or the integrity of the content. 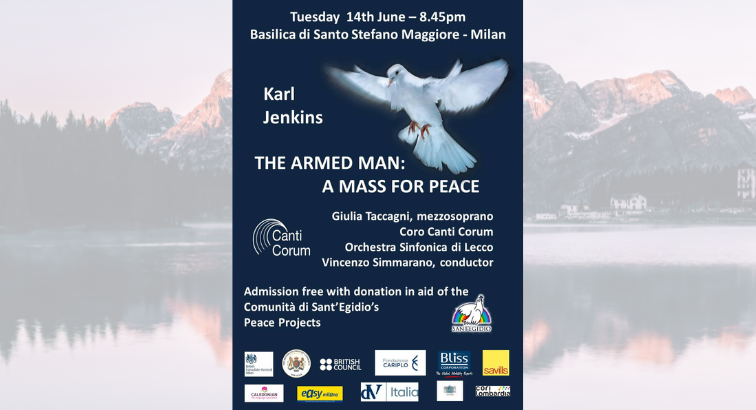 EVENTS
SAVE THE DATE

“The Armed Man – A Mass for Peace”

Under the direction of Maestro Vincenzo Simmarano, the Milan-based choir, Canti Corum, will perform the renowned, British choral piece for choir and orchestra, by the famous, contemporary Welsh composer, Sir Karl Jenkins, called “The Armed Man – A Mass for Peace“, in concert on Tuesday 14th June 2022 in the Basilica di Santo Stefano, in Milan at 8:45 PM.

The concert, which had originally been planned for June 2020 and was postponed twice due to the pandemic, will now mark the 22nd Anniversary of the work which was commissioned by the Royal Armouries in 2000 and dedicated to the victims of the Kosovo crisis.

The concert will be a charity event in aid of the peace and humanitarian works of the Comunita’ di Sant’Egidio, specifically the “Humanitarian Corridors” project.

Canti Corum has grown into a large international choir as many singers from all nationalities are coming together to sing this Mass for Peace. Some singers are even flying in from the UK just to sing, in what we believe will be a premiere performance of Sir Karl Jenkins’ work in Milan.

Canti Corum was established in 1998 by a group of music lovers from different backgrounds and musical experiences. It is made up of more than 30 singers led by director Vincenzo Simmarano, who is the author of the arrangement of some songs of the Choir repertoire. Canti Corum is committed to expanding its repertoire, carrying on that multifaceted and versatile features that make it stand out, giving a central role to polyphonic music, without neglecting the other aspects of cultured music as well. Its repertoire also includes folk songs, accurate a cappella performances and performances with instrumental accompaniment.

As this is a charity event, donations will be accepted at the door. Your generosity will go towards the “Humanitarian Corridors” project of  the Comunita’ di Sant’Egidio.

More news and information will be available soon.

Please sign up for the Easy Milano newsletter to receive news and updates about this event. 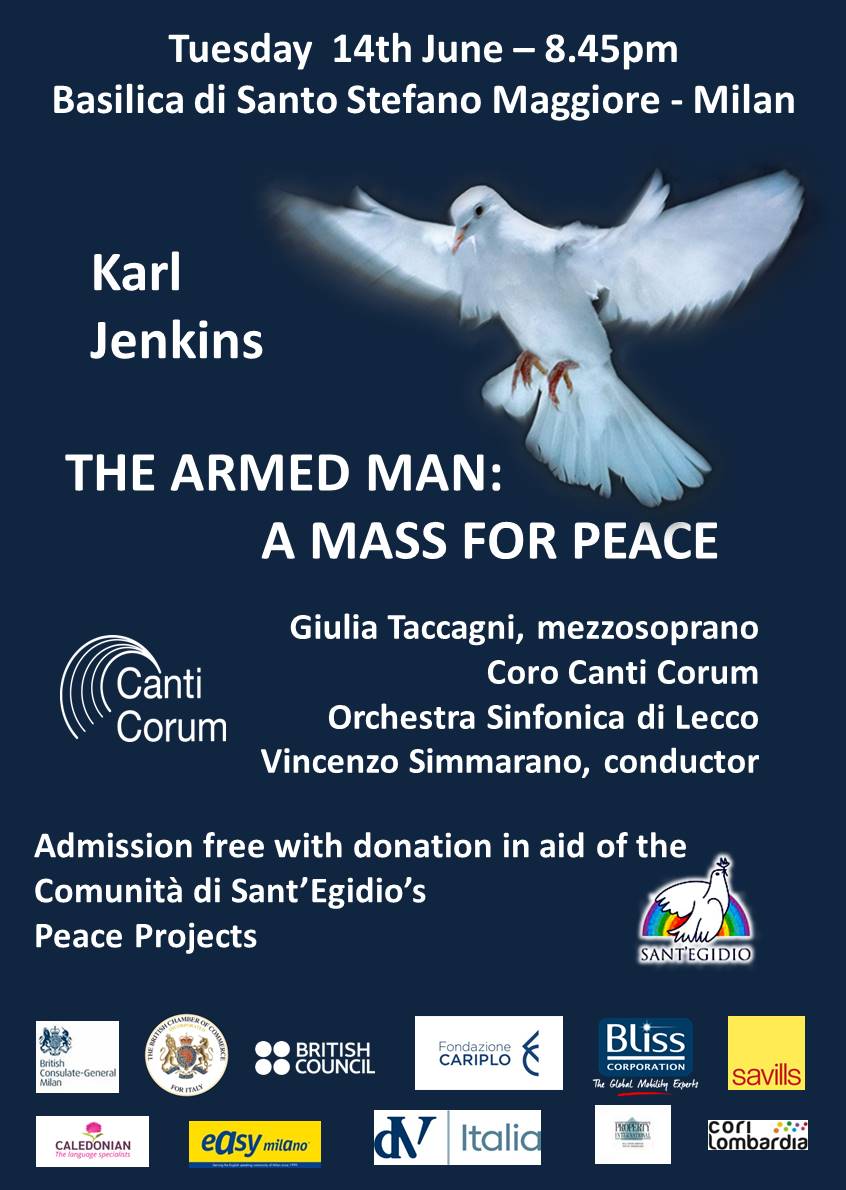