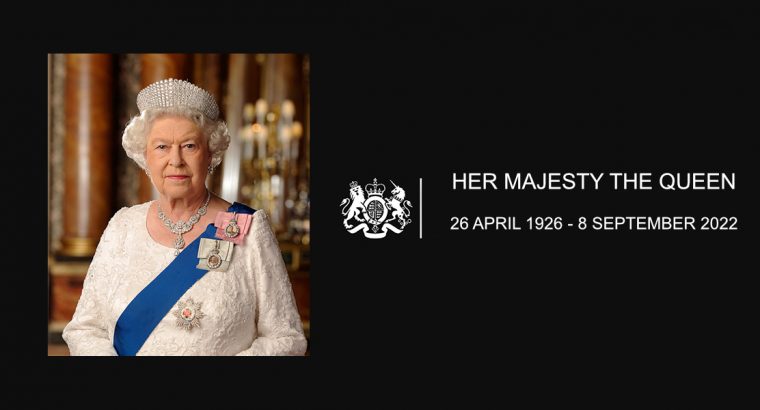 Expats in Italy: Saying Goodbye to the Queen

It was inevitable that the death of Her Majesty Queen Elizabeth II would be big news, but what was less predictable has been the depth of the emotional response it has triggered, not just in Britain and the Commonwealth, but around the world.

Even here in Italy, people have been sending me (and other British citizens living in Italy) personal messages of condolence.

On the news, countless members of the public interviewed outside the Royal Palaces and in the street have compared the feeling prompted by the Queen’s passing to that of losing a relative. She really was the mother, grandmother and even great-grandmother of the nation.

Many of us have grown up – and grown old – with the Queen. She has always been there: on the telly, with her Christmas message, as much a part of the festive tradition as turkey, Christmas crackers and repeats of old films; standing on the balcony of Buckingham Palace surrounded by members of her family (aka “the Firm”) waving serenely; on all the money and stamps we use; popping up in colourful matching outfits with her trademark hats at opening ceremonies and carefully stage-managed events; working her way down lines of well-wishers all eager to shake hands, snap a selfie or push their smallest daughters forward, shyly proffering a posey of flowers and defying gravity with a curtsey.

The Queen was as much an institution as the monarchy itself: she was one of the defining pillars supporting our mental image of Britishness; she was the jewel in her own crown.
But aside from her unparalleled recognisability as a symbol – the ultimate example of personal branding, according to digital marketing expert, Leo Cascio – the Queen was revered for her personal qualities: her commitment to public service, devotion to duty and the nation, steadfastness and stability in the face of a constantly- changing world – decidedly old-school values that belonged to a generation born into a world that has largely disappeared.

In an age of 24-hour TV, chat shows and celebrities spilling the beans on the sofa-cum-psychoanalyst’s couch that is the hallmark of our narcissistic, egocentric culture, the Queen rose above it all. Rarely giving anything away, she remained tight-lipped, keeping her innermost thoughts and opinions to herself. This reserve, in turn, has fuelled the mystique surrounding her. She was at once totally familiar but also something of an unknown quantity, playing the media game with consummate skill.

And yet, she also had a much lighter side. Her widely-praised skits, featuring fellow national icons James Bond and Paddington, demonstrated her capacity for not taking herself too seriously: another quintessentially British trait.

In his euology delivered from the back benches of the Commons, Boris Johnson called the Queen “Elizabeth the Great”, a label that may stick over time, but which sounds a little too grandiose for the figure often referred to as “the little old lady living at the end of the Mall” (or just “Brenda” in the satirical magazine Private Eye).

Like her namesake, Elizabeth I, who was the object of a personality cult that endures to this day (from the symbol-laden contemporary portraits to Hollywood depictions of the Virgin Queen at various stages of her extraordinary life), Elizabeth II has been the subject of countless representations in films, television programmes and plays. Undoubtedly, the show that has had the biggest impact is the Netflix-produced The Crown. (I can confidently state that ALL my Italian students have watched it, though not necessarily in English.) Along with Queen Victoria – another much-televised and cinema-friendly monarch, now indistinguishable from Dame Judi Dench – Elizabeth II will take her place in the pantheon of quiet-but-strong British Queens.

She may have gone, but she will always be present on our screens (or in the Metaverse) with generations of actresses to come, pulling on the ermine robe and wearing the crown itself, or donning the long coat and hat, ankle-deep in waddling corgis and their ever-surprised expression.

We have published guidance for those wishing to attend Her Majesty The Queen’s Lying-in-State, which opens at 5pm on 14 September

A Day of Mourning

Monday 19 th September, the day of Her Majesty’s funeral, has been declared a public holiday – an unlooked-for boon that most people would have gladly foregone for a few more years of having the Queen around. But in her 96 years of life – seventy of those on the throne – she achieved more than most people ever will, outlived just about all her contemporaries and carved out a unique place in the hearts of her subjects and fans worldwide.

Services will be held in Milan at the All Saints Anglican Church, Via Solferino, 17 Milano. Service schedules and more information will be available on the All Saints Milano Facebook page.

Following the death of Her Late Majesty Queen Elizabeth II, the British Embassy Rome and British Consulate General Milan have opened condolence books to the public.

Enter at the Ceremonial Gate of the British Embassy Rome at Via XX Settembre 80, Rome where the condolence book will be open from 10am to 5pm (local time) from Saturday 10 September until Sunday 18 September inclusive.

Enter on the ground floor of the consulate on Via San Paolo 7, Milan where the condolence book will be open between 10am to 5pm (local time) Monday 12 September to Friday 16 September inclusive.

If you would like to send your condolences and are unable to sign the condolence book in person, you could do so online here: www.royal.uk

For further news and updates see the UKinItaly Facebook page.

Looking to the future

The nation now looks to King Charles III to carry on where his mother left off, defining himself and his reign in a world that poses huge challenges – from the post-Covid cost of living crisis and spiralling energy prices, to global warming and the ongoing war in Ukraine. While people look to politicians for solutions to these problems, they will seek something different from the King: reassurance, quiet determination, a confirmation of the essential values that underpin the British character and society.

The Queen embodied all of these. It is now for Charles to demonstrate that he too can put the concerns of the nation first and take on some of his mother’s self-denying stoicism, although few would expect – or even want –him to maintain exactly the same degree of reserve that marked Queen Elizabeth
throughout most of her reign.

We will all feel choked up when the Queen is finally laid to rest, but we will also remember her fondly as a woman who devoted her life to her country and her family. God bless you, Your Majesty! Thank you for everything you did for us: it will not be forgotten. And good luck to the new King: you’ll need it. You’ve got a pretty big act to follow.

Tributes to the Queen from Easy Milano readers

The following are quotes by British and British Commonwealth citizens living in Italy:

“She never got above herself even though she was at the top.”
– Anna Louise Walmsley, Artist

“Our incredible Queen showed unwavering dedication to her duty as Monarch. Highly
respected and much loved by all the peoples of the world, this is a very sad loss for us all.
God bless Queen Elizabeth. Long live Charles III.”
– Julia Holden, Founder, J. Productions Milan

“Along with other Canadians, I am deeply saddened by the loss of our beloved Queen
Elizabeth who for 70 years stood head and shoulders above the rest of the world with the
greatest of devotion to duty with grace and dignity. An example and inspiration for us all.
We have been so lucky. God bless her soul. Long live King Charles III and good wishes to him
for a peaceful and happy reign.
– Mary Lynn Reid, Retired