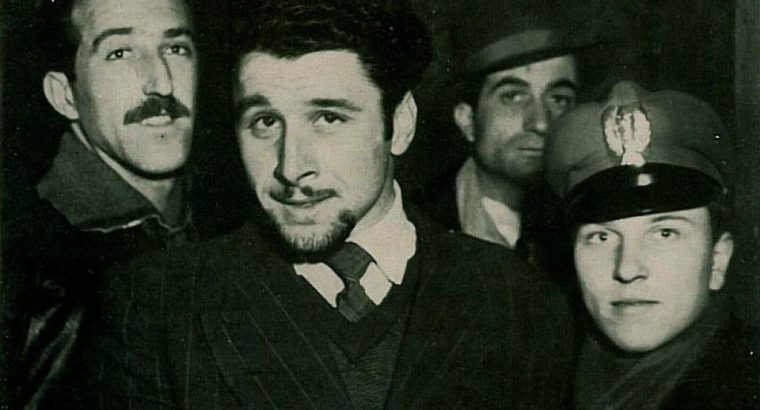 A long time ago Milan’s neighborhood “Isola” (island) was isolated from the rest of the city – due to the railway crossing it – and it was inhabited by very poor people, “la classe operaia” (blue collars). When the situation got worse, after the Second World War, delinquency started spreading throughout the neighborhood. In the bars of the area there were strange people with strange nicknames, such as, il Generale (the General), il Pascià (the Pasha), il Profeta (the Prophet)… No one referred to them as criminals, but rather as outlaws.

Ezio Barbieri and Sandro Bezzi, both involved with the “Ligera” (this is how Milan’s organized crime was called at that time), were two protagonists of Milan’s criminal scene, some 70 years ago! It seems that it was quite normal for criminals to go out of their area to organize raids and robberies and then come back to the neighborhood and split up their treasures with the needy. A sort of a modern Robin Hood, probably more armed and a little less gentleman-like… Well, Isola was considered the “underworld”!

Those were the days when Ezio Barbieri – driving his black Aprilia, an Italian motorcycle, with a 777 number plate, just as the police cars did – shook the neighborhood. The gentleman thief who stole from the rich to give to the poor! His gang was known as La Banda della Aprilia Nera (The Gang of the Black Aprilia) and with his motorcycle, he organized robberies and fake roadblocks, stealing from citizens and robbing banks. Ezio Barbieri lived on via Borsieri 14, in a building that had two entrances. He commonly went in from one side and went out from the other to slip away from the police. People applauded him like a hero because they didn’t think of him as a robber, but as a “bandit” who gave money to the poor… Ezio Barbieri was arrested and escaped many times until he was definitively imprisoned, after 30 years he was released, and that was 40 years ago… Now he lives in Sicily, back to another island!

(Taken from the itinerary “Isola (Island) Neighbourhood” by manoxmano)