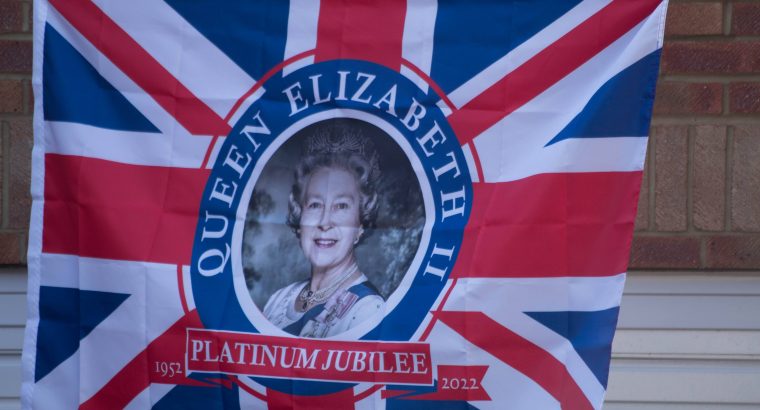 Marking the Queen’s Platinum Jubilee in the UK and Italy

While the UK switched into full partying mode for the four days of the Queen’s Platinum Jubilee, celebrating her 70 glorious years on the throne, people around the world were keen to join in the festivities, with events taking place throughout the Commonwealth and in British expat communities, including those in Italy.

The eyes of the world were on London during the four days of the Jubilee, marked by large-scale formal ceremonies and local street parties. The main focus of the celebrations was on the events in the Mall in London, culminating with a star-studded concert on a specially built stage outside Buckingham Palace. Crowds waving Union Jack flags were entertained by Duran Duran, Rod Stewart, Andrea Bocelli and Diana Ross, among many others. The Queen herself was largely absent from the partying, although she did appear on the balcony of the Palace with members of the Royal Family. Her pre-recorded video with Paddington Bear was a big hit: we even saw Her Majesty pull a marmalade sandwich out of her ever-present handbag.

Britain enjoyed a double public holiday (known as a Bank Holiday in the UK). An extra bank holiday on Thursday 2nd June was added to the normal Spring Bank Holiday (or late May bank holiday), which was moved to Friday, the actual day of the Platinum Jubilee, making a highly unusual “bridge”, as Italians call it. (Bank holidays are usually on a Monday with no intervening days between the holiday and the weekend, so “making a bridge” in the UK is usually impossible. However, Good Friday (Venerdì santo) is a public holiday in Britain (unlike in Italy), so along with Easter Monday, there is a block of four days at Easter.

Jubilee celebrations in Milan were largely muted, although the city attracted some attention during the festivities as Sir Elton John decided to go ahead with his ‘final’ concert in Italy at San Siro stadium, rather than appearing on stage in London. Sir Elton, who, like Sir Cliff Richard, is synonymous with Royal events, sent a pre-recorded video performance of “Your Song”, which was beamed onto Buckingham Palace during the Platinum Jubilee concert in the Mall. Several media outlets reported that the veteran singer was irked by suggestions that he looked “frail” after being photographed in a wheelchair at a German airport during his global Farewell Yellow Brick Road Tour. His performance at Milan’s main football stadium, which is shared by both AC Milan and Inter Milan, drew a crowd of 50,000 fans! He played for over two hours and wore tails edged with patriotic blue and red sequins, with matching shoes and trademark over-the-top glasses.

Sir Elton was a close personal friend of Diana, Princess of Wales. His performance of “Goodbye England’s Rose”, a specially reworked version of his tribute to Marilyn Monroe “Candle in the Wind” was one of the iconic moments of her funeral in 1997. His Milan gig also included a tribute to the late Gianni Versace, another friend of the People’s Princess.

The English Book Club of Montevecchia (Monza and Brianza) celebrated the Jubilee on 5th June with a garden party attended by 20 British and Commonwealth expats living in the area. They toasted the Queen, watched the entertainment in The Mall on live TV and together enjoyed teatime favourites including a union flag cake! The group which was previously in Carnate, has been active for 20 years, and are open to all English speakers who love reading! Click here for more information about The English Book Club of Montevecchia.

In Rome, Ed Llewellyn OBE, who took over from Jill Morris CMG as UK Ambassador to Italy in February this year, attended the Italian Republic Day celebrations on 2nd June, which coincided with the first day of the Jubilee jollifications. He was accompanied by UK Defence Attaché, Colonel Lawrence. Villa Wolkonsky, the Ambassador’s official residence in Rome, was suitably decked out with Union Jack bunting for the Jubilee.

However, small, local events were mainly the order of the day among Britain’s expats in Italy. The English Book Club in Varese, now in its 18th year organised an afternoon Jubilee tea garden party for members and invited guests on May 31st. The club welcomes Italian and other nationals who meet monthly to discuss a book by an English language author, in English, although the majority of its members are not native English speakers. As well as typical English recipes, the book club’s Jubilee party was set to feature games and quizzes with a Royal theme. The invitation to the event stated “We are all so happy to be a part of the celebrations taking place worldwide. Our very best wishes to HRH Queen Elizabeth II”.

Somewhat surprisingly, the main Italian tribute to events in the UK came in the form of some distinctly British weather, with heavy rain preceding the Platinum Jubilee itself and thunderstorms afterwards paying homage to our notoriously changeable national climate.

Did you participate in any of the festivities to celebrate the Queen’s Platinum Jubilee? Send us your news and photos.