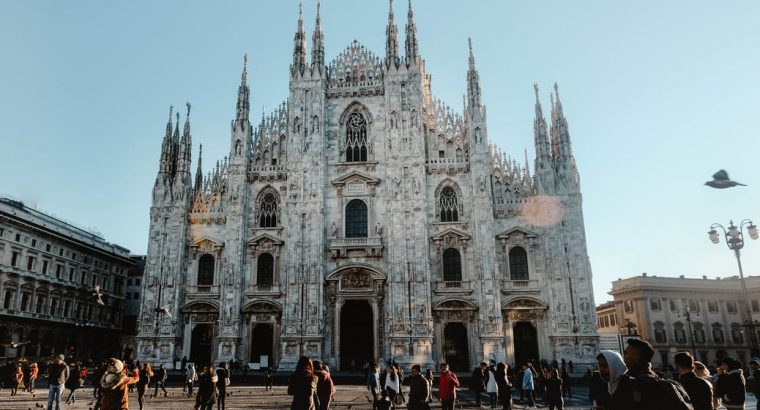 Milano, internationally known for fashion and design, is a city of nuances, a city that can be experienced in a thousand different ways. Here are the top 10 reasons by YesMilano – Milan’s official promotional agency, why spend some time in the gem of northern Italy. Visit Milan with friends, family or even solo.

Milano is a city made up of diverse and distinctive neighborhoods which surround the historic city center with varring social identities and functions. For example, Ticinese with its Roman columns and Navigli with its Medieval canals offer much-appreciated hangouts to Milanese and visiting students. Porta Venezia in the eastern part of Milano is home to many LGBTQ+ bars. African cuisine and delicacies can also be found in this area. The northern neighborhood of Isola is a central area for alternative crafts and culture, and Porta Romana in the south of the city attracts foodies and students. Milan also has a vibrant Chinatown, and NoLo is a new up-and-coming artsy neighborhood.

Going beyond entertainment and socializing, and considering economic development, most of the new urban expansion of Milan for the Olympics will take place in an area known as Scalo di Porta Romana, while the MIND district near Rho Fiera Milano is accelerating biotech research on a vast scale.

A City of Culture

Milano’s cultural heritage is invaluable, the Last Supper in the Refectory of Santa Maria delle Grazie and the Brera Pinacothèque are strong examples. Milano is famous for modern art, too. Milan is the birthplace of Futurism ande some of the key masterpieces can be found at Museo del ‘900.
This year, key exhibitions not to be missed include “Titian’s vision of women in the Venetian Sixteen Century” at Palazzo Reale and Steve Macqueen’s Sunshine State at Hangar Bicocca.

Click here to see our calendar of events in Milan.

A Symbol of Urban Regeneration

Milano is recognized as the International Capital of Design. Its designers have created industrial design products and home furniture that have been changing daily life since the 1950s.

Milano manages to combine craftsmanship and creativity, industry and talent to design everything from scooters to lamps, from armchairs to phones. The city features two museums devoted to design the Triennale and ADI Design Museum; while every spring Milan becomes a magnet for global buyers, designers, enthusiasts and creatives, thanks to the Milano Design Week, which revolves around the Salone del Mobile the world furniture fair at Fiera Milano and external events of the FuoriSalone held throughout the city.

The program of design-related events and vernissages, originally in the ateliers of the Tortona Design District, which is now spread all over the city, particularly in the Brera art district and the Isola neighborhood found in the shadow of the Vertical Forest and Piazza Gae Aulenti’s skyscrapers.

A town of Tastes and flavors

For foodies searching for the best Risotto alla Milanese, Milano created the DeCa label in 2006 to promote Milanese history and gastronomic culture and to recognize the restaurants that use high-quality local and seasonal produce and follow original preparation methods. However, the city’s restaurant scene is diverse; every type of cuisine is represented from Italian to Eritrean or Peruvian. The city also boasts 16 Michelin-starred restaurants in 2022.

Foodies should not miss the second edition of Milano Restaurant Week usually held in May, a festival celbrating restaurants and traditional dishes from the city’s many neighborhoods. A dedicated online platform has been created by YesMilano allowing visitors to book a table with a special discount. It is a way to encourage people to try and discover new places while exploring the different districts of the city.

Where Luxury is Just Around the Corner

Milano is synonymous with luxury shopping,  this is THE place to renew a wardrobe.
The city is home to the highest concentration of fashion stylists, fashion stores, and fashion outlets anywhere in the world.

The Quadrilateral della Moda, the streets around Via Montenapoleone, is renowned for its stylish stores, especially during the fashion weeks when models, designers, buyers, bloggers and fashion critics from around the world come together to celebrate Fashion.

Be it Armani, Prada, Gucci, the culture of fashion infuses the whole city, cross-breeding other areas of urban life, for example, Prada has established the Prada Foundation with its astonishing exhibit space showcasing the best in contemporary art; Giorgio Armani has invested in the Olimpia Basketball Team, while having established a museum for the house’s historical collections, Armani Silos, in the Design District; and Gucci has recently opened one of its experiential spaces,  Circolo, in Milano.

Milano is a major sports capital. Its football teams, FC Inter and AC Milan are both historical clubs: AC Milan has won more FIFA-recognized international club titles than any other club in the world with 18 titles, meanwhile, FC Inter in 2010 with Mourinho was the three time champion.

The rivalry splitting friends and families across the city reaches its peak during “il derby”, the direct match between the two Milanese teams, which is usually full of suspense until the very end. Going to Stadio di San Siro to watch a football match is an experience not to be missed while the AC Milan Museum is also a must.

Other sports are also very popular, and running is the activity of choice in the city parks. The Milano Marathon, usually held in April is a major event where professional, and amateur runners compete. The 42-kilometer circuit stretches from the center to the northwestern and southwestern periphery, out towards San Siro and Tre Torri.

Many ski resorts are easily accessible from Milan including Pila, Madesimo and Foppolo and the 2026 edition of the Winter Olympics will take place near Milan.

Milano is a metropolis but also a city of proximity, a compact metropolitan space where it’s easy to walk, bike or take a tram, where ethnic and regional identities mix in the neighborhoods and piazzas located in the three concentric rings that compose the city. Milan is very accessible as a place to visit for a long weekend.

Milano’s current development strategy is oriented toward sustainability and inclusion. Green mobility based on electric-powered public transportation and bike-sharing services is changing the face of the city. Within 15 years, Milano will have one of the most comprehensive networks of protected bicycle lanes in all of Europe.

A Gateway to Italy

Milano is the gateway to Italy. The city is near Lake Maggiore and Lake Como with their ​​rich cities, large palaces, decorated churches and lakeside villas. It is close to the seaside and perfect to visit glamorous Portofino and Santa Margherita Ligure. Milano is also a travel hub for reaching major tourist destinations across Italy including Venice and Florence. The main airports of Milan are Milano Malpensa, Linate and Bergamo Orio al Serio.

One of the most Milanese experiences is attending the opera at La Scala, one of the most famous opera house in the world and a must for music lovers. Jazz is also popular and live events can be found in the Naviglio and Isola districts.