As we prepare for the next U.S. President…

From where we serve American Citizens, engage Italian institutions and publics, and represent U.S. interests across eight Regione of northern Italy. It’s been another busy year as continues its evolution as one Italy’s (and Europe’s) most vibrant locations. A truly global city, Milan has been named as Italy’s “smartest city” for the third consecutive year. I recently returned from Washington, D.C., where I attended events connected to Prime Minister Renzi’s official visit. We are continually reminded that Italy is vitally important to the United States, and Milan is vitally important to Italy.

Over the past year, of course, many have focused on developments in the United States, as the quadrennial Presidential election process has gone through the primaries, the conventions, the debates, right up to election day. When you read this, we will likely have elected the 45th President – perhaps, for the first time, a woman.  One thing is for certain, however: on January 20, 2017, President Obama will depart office, as part of the peaceful transition of power that is a hallmark of American democracy.   It is a good time to reflect on the eight years of Barack Obama’s historic presidency.

As America’s first African American President, he serves as a testament to the progress we have made in a single generation, Harry Truman’s action to integrate the U.S. Military, and the Civil Rights Movement, to an African American Commander-in-Chief. Yet, President Obama’s legacy will comfortably rest on his significant achievements. On January 20, 2009, the United States (and much of the world) was on the brink of an economic depression. His determined leadership reversed that course. In his eight years, the U.S. economy has steadily improved, and the rate of unemployment has fallen dramatically. For more than a century, no President had success in reforming our health care system. The Affordable Health Care Act—better known now as “Obamacare”—was the most sweeping change in U.S. health care in a century.

President Obama’s international successes have been just as notable and no less historic. Faced with unprecedented global upheavals and previously unthinkable terrorist threats, he has never wavered from his belief in the importance of diplomacy, the recognition that American strength derives not only from our military and economic power, but also from global partnerships and shared values. This means engagement: Talking to friends and foes.

Iran is a case in point. After 35 years without talking, and through long and complex negotiations, the United States and other world powers (including Russia) forged an historic Joint Comprehensive Plan of Action to ensure that Iran does not obtain a nuclear weapon. This agreement literally makes the world a safer place.

Likewise Cuba: when President Obama announced the re-establishment of diplomatic relations with Cuba, after 54 years of acrimony, he reiterated, “the best way for America to support our values is through engagement.”

Some matters were life and death: when the Ebola virus threatened to become a global pandemic, the United States worked quickly, creating an emergency global platform which other countries could join. This effort defied dire predictions, and saved the lives of millions of people. United States leadership on confronting climate change–a top Administration priority–serves as another strong example. Last year’s COP-21 talks in Paris (following a powerful speech delivered by Secretary of State Kerry, here in Milan at Expo 2015) culminated in an unprecedented agreement. Ultimately nearly 200 nations have agreed to an ambitious framework through which to fight climate change.

We would need much more space to fully give President Obama the credit he’s due, but I believe the American people recognize his success: he approaches his final months in office with record high approval ratings.

As we prepare for the next President, we at the Consulate are grateful to our friends at Easy Milano for this opportunity to reflect back on the leadership, commitment, and resilience that have marked President Barack Obama’s tenure. 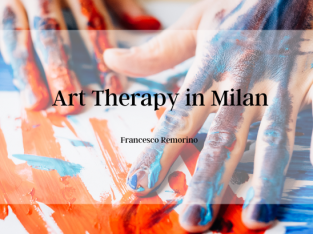