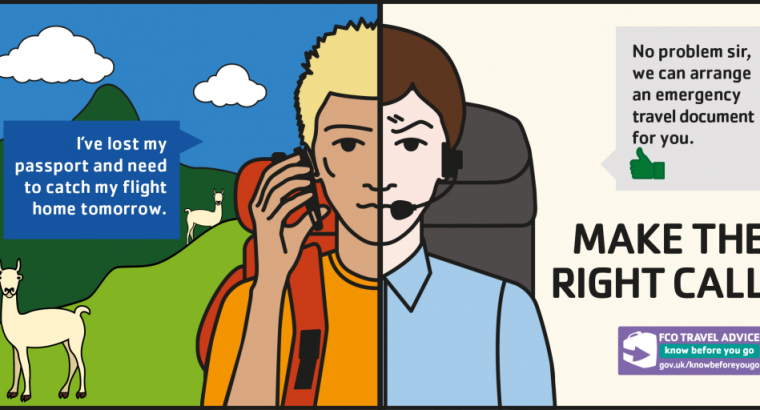 Confused callers looked to the Foreign and Commonwealth Office (FCO) for advice on bizarre issues ranging from where to buy English bacon in Europe, how to recruit a butler in Lebanon and how to avoid nudists in southern Spain, it has been revealed.

The FCO has released details of the ten weirdest consular calls it has received in the past year, as a reminder to the public that they should only look to use its services for genuine emergencies.

A homesick expat asking where he could buy English bacon

A woman who was disappointed the British Embassy has not sent someone to give her a tour of St. Petersburg on her arrival in Russia

A mother asked for the contact details of a young British YouTuber, as her son was a fan of his Minecraft videos

“Our consular staff are a helpful bunch and do an amazing job helping out Brits in trouble around the world – but it is important that people remember they are there to help with genuine emergencies and not as an alternative to directory enquiries.

“Every minute they spend handling a call requesting advice on butlers or nudists is time taken away from dealing with life and death cases, so I urge the public to think before picking up the phone.”

Latest FCO figures show that over the last year almost half a million calls were made to its consular service –which provides emergency help to Britons in trouble overseas.

The vast majority were from people with genuine requests and the FCO assisted with numerous cases, helping 3,250 Brits who were hospitalised, 4,770 who were arrested, and the families of 3,670 who died overseas.  Almost 38,000 replacement travel documents were issued.

FCO staff are able to support Brits abroad in many ways – including arranging to visit Brits in hospital or in prison, advising on how to transfer money and helping those caught up in crisis situations. However, recent research* revealed that almost three quarters of Brits (74%) thought the FCO could get them out of jail if they were arrested, almost a quarter (22%) thought the FCO could arrange for them to get home if they lost their ticket and 15% presumed the FCO would lend them money if theirs was lost or stolen.

If you have any enquiries for FCO consular staff before you go or while abroad you can use the FCO’s Twitter service @FCOtravel. Questions are answered 9am – 6pm GMT, Monday – Friday and FCO staff aim to respond within 30 minutes. This service adds to the ways that British people travelling or living overseas can already get in touch with the FCO: by emailing our travel advice team at TravelAdvicePublicEnquiries@fco.gov.uk or contacting local consular staff.