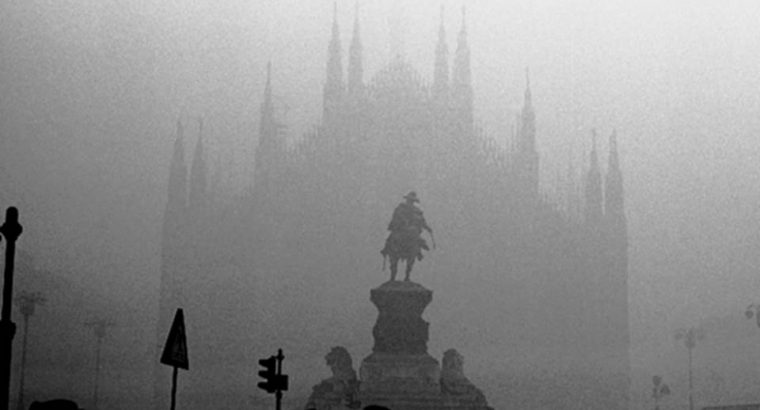 Carlina – Stories and Legends of Milan

Carlina was a young girl from the Lake of Como, more precisely from Schignano. At the time and in those areas, according to custom, young brides dressed in black – and not in white as you are used to seeing today – this was to go unnoticed and avoid brutes taking advantage of them in their youth. All dressed in black Carlina and Renzino, her young husband, came to Milan to visit the Duomo and see its steeples, as was customary on a honeymoon.

It was a cold and foggy winter day and the two lovers went up to the top of the big terrace… Everything was shrouded in mist, both the steeples and the monstrous figures carved in stone popped out of the fog… Carlina was very uneasy and scared… Why was she so afraid? What was worrying her?… Alas! Carlina was keeping a secret. She was pregnant, and she swore not to tell anyone, not even her dear Renzino. Carlina was sure she could keep her secret, but once on the top of the Duomo, the thick fog and the scary figures of demons and dragons threw her into a panic… She felt observed, judged and accused of not being able to save herself until she was married! As scary figures kept popping out of the fog, she gave up: she let her hand slip from Renzino grasp and she started running among the statues shouting and crying… At that point Renzino saw her falling. He stared at her body until it was swallowed by the fog.

The legend has it that people looked for her body without ever finding it. Nowadays many people say they have seen a white-eyed spooky figure dressed in black appearing in the photos behind the newlyweds coming out of the Duomo as to wish them a happy life together, since she did not have the chance to spend hers.

(Taken from the itinerary “Through the scary ways” by manoxmano)