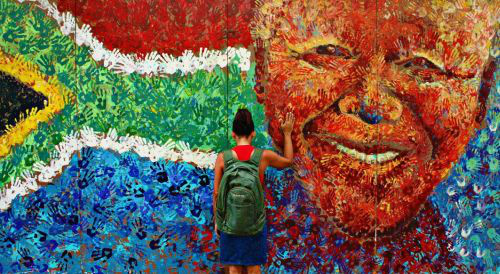 Freedom Day Message from the Consul-General of South Africa

It is an honour for me to share the occasion of the forthcoming Freedom Day, falling on 27 April 2017, with all the Easy Milano readers.
Freedom Month is observed in April throughout South Africa to celebrate the dawn of freedom and democracy. April will forever resonate in the history of our nation as the month that saw the first democratic elections in 1994 giving birth to freedom and constitutional democracy.

Today’s South Africa is one of the most sophisticated, diverse and promising emerging markets globally. Strategically located at the tip of the African continent, South Africa is a key investment location, both for the market opportunities that lie within its borders and as a gateway to the rest of the continent. South Africa is the economic powerhouse of Africa and forms part of the BRICS group of countries.

South Africa has a wealth of natural resources. It has world-class infrastructure, exciting R&D capabilities and an established manufacturing base. It is at the forefront of the development and rollout of new green technologies and industries.

South Africa has political and macro-economic stability, and it compares favourably to other emerging markets in terms of the overall cost of doing business.

While the global economic environment remains uncertain, indications are that we have entered a period of recovery. We anticipate an economic growth rate of 1.3% in 2017 following an estimated 0.5% in 2016.
Guided by the National Development Plan, we focus on key areas packaged as the Nine Point Plan to reignite growth and create much-needed jobs. The focus areas include industrialization, mining and beneficiation, agriculture and agro processing, energy, SMMEs, managing work place conflict, attracting investments, growing the oceans economy and tourism.

South Africa is becoming one of the most popular trade and investment destinations and offers a host of investment incentives for prospective foreign investors. Government has established InvestSA, an investment One Stop Shop that will make it easier to do business in South Africa.

South Africa’s unrivalled scenic beauty and reputation for delivering value-for money make it an attractive leisure and business travel destination. More than 10 million international tourists arrived in South Africa last year, 13% more than in 2015. This is well over the global average growth rate for the period.

An illustrious son of our country, President Oliver Reginald Tambo, would have turned 100 years old this year, had he lived. This selfless patriot tirelessly pursued the liberation of our country and its people. In his honour, President Zuma has declared the year 2017, the Year of Oliver Reginald Tambo. It is the year of unity in action by all South Africans as we move South Africa forward together.
I take this opportunity to convey my warmest Freedom Day greetings to all the South African citizens living in Northern Italy and to our Italian friends hosting us in their beautiful country. I also wish to express my gratitude to Easy Milano for publishing this message.

Please feel free to contact our Consulate to learn more about our country and follow us on our social media to be updated on our activities.