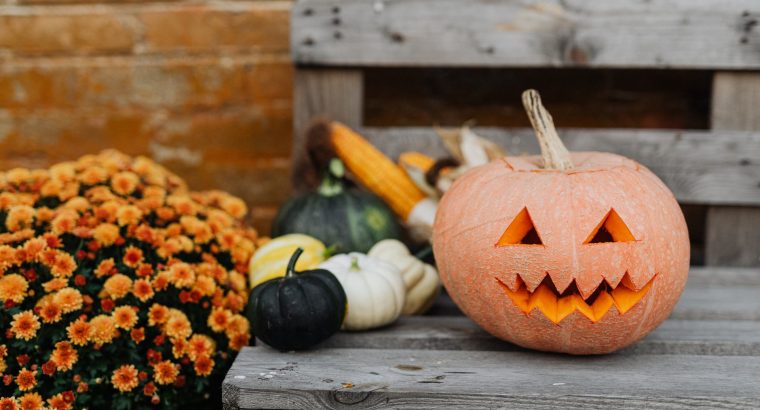 Italian Halloween Traditions & How to Celebrate in Milan

Many say that Halloween celebrations in Italy started in the 80’s and 90’s when foreign students from the USA, UK and other Anglo-Saxon countries started coming to Italy with study abroad, foreign exchange and intercultural study programs. English teachers brought the customs of their home countries into the classroom decorating their blackboards with bats and witches and taught the children to say “Trick or Treat” which was translated as “Dolcetto o Scherzetto.”

At the time, Milan was emerging as the capital of fashion and was host to international models, photographers, and stylists eager to show off their creativity and have an excuse to party. Legendary clubs and pubs of Milan like Hollywood, Loolapaloosa, and Louisiana were sure to be filled with Zombies, Witches and Frankensteins on Halloween night. The release of Michael Jackson’s Thriller (1982) inspired not only the fashion crowd but brought glamorized ghoul to the mainstream.

However, dressing up in costumes, decorating pumpkins and looking for witches was not new to Italians. On January 6th, la Befana, an old witch, leaves gifts for children in something similar to a Christmas stocking. Carnevale which dates back centuries is celebrated by dressing up in costumes and is held in February.

Pumpkins are also used in Italian celebrations throughout the country. In Orsara di Puglia (a small town of about three thousand inhabitants, 40 km from Foggia) they celebrate fuuca cost on the night of November 1st by decorating the streets with pumpkins, lanterns and bonfires. Here in Lombardy, in Bormio, on the night of November 2, a pumpkin is filled with wine and left on the windowsill to quench the thirst of the deceased. In central Italy, in Abruzzo, pumpkins are hollowed out and children ask neighbors to leave gifts for the souls of the dead, eerily like the American Halloween tradition so often depicted in sitcoms and films!

No matter how Halloween came to be celebrated in Italy, it soon became a great excuse for both children and adults to dress up in costumes and have a good time.

How to celebrate Halloween in Milan 2022

This year, due to Covid restrictions, discos will be limited on hosting parties but there are a few ways you can get your ghoul on! Here are our ideas for 2022:

JOIN US TO CELEBRATE HALLOWEEN!

The Milano Culture Club by Easy Milano & Milano Style is organizing an event!

Join us on a 2-hour night-time walking tour of Milan’s dark, supernatural past. Our Milan Ghost Tour will take you through narrow, cobbled streets and winding lanes where murderers, witches, and ghosts once walked. And perhaps they still do… There are even tales that the devil himself once walked the moonlit streets of Milan.

We will take you away from the bustle and noise and into one of Milan’s eeriest districts – once a den of poverty, plague, and magic. Your Walkabout Tours guide is fully trained and licenced, so you will always be in safe hands. Your guide will take you through a world of conspiracy, assassinations, ghosts, mystery, and intrigue. Over this 2-hour ghost tour, you will learn Milan’s darkest secrets; tales that have remained buried for centuries.

Look for a guide with a hooded cape!

Not interested in this event but would like to be notified of other events?
Click here to Join the Milano Culture Club by Easy Milano & Milano Style.

At Shirin Tulipani, located in Ornago, (just past Monza) you can find already decorated pumpkins and choose your favorite or go to the field in search of your pumpkin to decorate or carve in their workshop.

Go shopping for a Halloween costume in Milan

The absolute best shop for costumes in Milan. Located in the Brera district it has professional, theatrical costumes for rent as well as for sale. Torriani has been in business since 1943 and is considered a “Bottega Storica“, historic shop recognized by the Milan City Council.

A second century marble column stands alone on the left side of Basilica di Sant’ Ambrogio. It is not only preserved for its antiquity, but also two deep holes made by Satan himself; one day while Ambrose was walking in contemplation, he was joined by the devil who relentlessly tormented him until finally, Ambrose gave into temptation giving the devil a violent kick which hurled him towards the column where his horns stuck. The next morning, he disappeared – returning to Inferno. The Milanese still believed today that the holes are portals leading to the underworld and if you get close enough, you can smell the sulfuric waters of the Styx, the river to Hades.

Pray in the Bone Chapel

San Bernardino alle Ossa Church, on Via Verziere is a small church known for its ossuary chapel decorated with thousands of human skulls and bones. In 1210, when an adjacent cemetery became overcrowded, a room was built to hold bones resumed to make extra space.

This small church is attached to the Basilica di Santo Stefano and was dedicated to Saint Bernardino of Siena in 1712. Though there are many churches that have dark corners, this chapel has unusual embellishments made entirely out of human bones – which can be found on the walls from floor-to ceiling covered with eerily crafted Baroque style motifs as well as saintly adornments all made by bones and skulls.

On the anniversary day of her death, a young girl’s ghost appears. Ghost or no ghost, it’s a jaw-dropping sight!

Remember the Witches of Milan

Hundreds of people walk past the tall sculpture in the park beside the Basilica of San Lorenzo every day without knowing what it stands for.  In Piazza Vetra, Il Monumento alle Streghe, the witches’ monument, is a sobering reminder marking the place where executions of witches and heretics took place in Milan. The Tribunal of the Inquisition was at the nearby Sant’Eustorgio. The condoned were marched from the tribunal to the yard where they were burned alive. Found guilty of worshiping pagan goddesses, Pierina de Bugatis, and Sibilla Zanni were the first women punished in Milan for witchcraft in 1390. For over two hundred years other executions were carried out until the last one in 1641. Witch executions became a lucrative income for the city by drawing morbid, curious crowds.

The ghost of the La Dama Velata, the Veiled Lady searches for her lover. Her origin and name are a mystery. She appears in the Sempione Park, behind the Sforza Castle, always seemingly desperate to find her companion. Those who have crossed paths with her, all tell the same story: she is dressed in black with a black veil covering her face. As she comes closer, you cannot help but feel a strong allure and take her hand as she leads you to an old house where she lifts her veil revealing an empty skull.

Also at the Sforza Castle, it is said that Ludovico il Moro haunts the corridors helplessly running away from the French clutching his treasure. However, he is not alone; Bianca Scappardone Visconti who was decapitated walks the passageways, as well as Bona di Savoia who cries for her loved ones and Beatrice d’Este who died screaming in childbirth.

The spirit of Lucretia Borgia wanders the corridors of the Ambrosiana Library looking for the lock of hair she hid in her love letters to Pietro Brembo. The original letters are actually held at the archive and her hair is encased and displayed in a glass frame.

In the Pinacoteca di Brera Museum, a mysterious presence sometimes trips the alarms.

Every once in a while, the ghost of the infamous opera singer Maria Callas, occasionally appears on stage at La Scala Opera House. She was a Greek-American but found her home in Milan at La Scala and apparently, did not want to leave.

Enjoy your Halloween in Milan!

Article by Celia Abernethy for easymilano.com