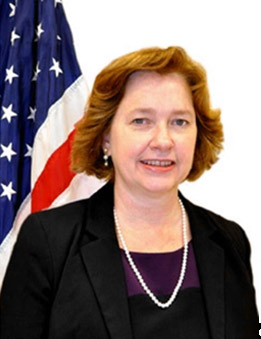 Over the past two decades, the Consulate General of the United States in Milan and Easy Milano have cooperated on many events, with the common goal of strengthening the ties between the city and the American community.

The Consulate and the Easy Milano team have worked side-by-side on the organization of election night galas, Fourth of July celebrations and many other events that highlighted the strong friendship between our two countries. Milan is a city that welcomes newcomers from around the world and makes them feel at home. It has been my experience since I arrived, and Easy Milano played an important role in helping the English-speaking community feel at home in Milan.

Over the eighteen years of its life, Easy Milano has been a reference for travelers and foreign residents of this city alike, providing news, tips and suggestions and acting as a bridge between communities.

“Over the past two decades, the Consulate General of the United States in Milan and Easy Milano have cooperated on many events, with the common goal of strengthening the ties between the city and the American community.”

The Milanese now know more about our food and our culture, about our traditions and our holidays – especially Thanksgiving and July 4th, two of our most important – and about the importance of family to Americans.

Colleagues in the Consulate team still remember fondly Fourth of July celebrations at Palazzo Isimbardi or at the Arena, the Thanksgiving dinners around Milan, and the many election nights we spent anxiously awaiting the results. We have come a long way together and we will remember the energy and ingenuity of the Easy Milano team with joy and a bit of nostalgia.

Easy Milano has served an important purpose and its team is now ready for new challenges in their lives. We wish them all the best for their future and we rest assured that they will bring their energetic and smiling approach to life to their new tasks. We hope to find new ways to collaborate in the future.

Good luck and thank you for all your hard work!