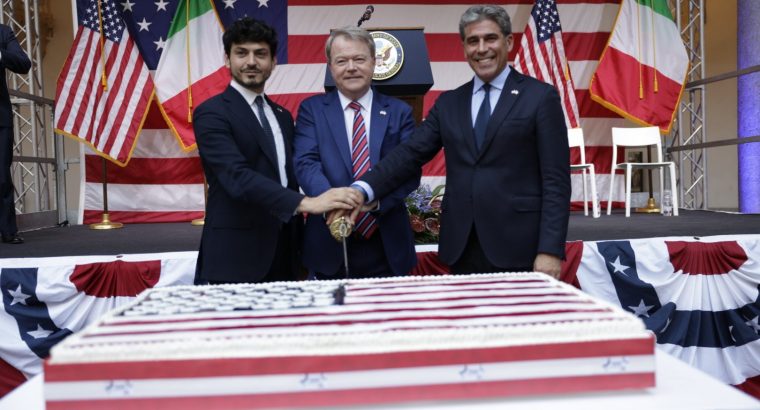 The 4th of July is a special day for Americans all over the world, and that includes those of us living in Milan! The United States Consulate General in Milan hosted a special Independence Day celebration on Wednesday, complete with all the patriotic trimmings.

There was food, music, and of course, the American flag prominently displayed. It was a great opportunity to celebrate our country’s 246th birthday with fellow Americans and enjoy a little taste of home.

4th of July in Milan

The event took place in the elegant Cortile della Rocchetta of the Sforza Castle. Consul General Robert Needham welcomed guests, dignitaries and representatives from key institutions in a celebration to honor the close relationship between Italy and the United States of America.

A U.S. Marine Color Guard presented the flag and both anthems were beautifully performed. The guests were visibly moved by the display of patriotism. It was a moment of pride for all Americans living in Milan and a meaningful expression of the bond between Italy and the United States of America.

CG Needham opened the event graciously, thanking all those attending and voiced a warm message of support and solidarity to Ukraine Consul General Andrii Kartysh who was also in attendance.

CG Needham continued, “On July 4th, in the US, Americans gather with friends and family to celebrate outdoors and at sunset, fireworks are launched. The sound of fireworks is part of the celebrations and also reminds us of “the rocket’s red glare” in our national anthem in memory of the revolutionary beginning of our nation.

The partnership between Italy and the United States has never been as important as it is today. We are also united by strong family and cultural ties, as evidenced by millions of American men and women of Italian descent.

Italy hosts thirty thousand soldiers, civilians and families. In Aviano and Vicenza, our men and women in uniform, train together with Italy’s Armed Forces and proudly stand side by side in NATO. The significance of NATO has never been more important.”

Tommaso Sacchi, Councilor for Culture of the Municipality of Milan shared his reflections on how this holiday celebrates “those essential values ​​for the American people such as equality, freedom, and the pursuit of happiness: values ​​that are also very strong in Milan and all of Italy.”

Undersecretary of the Lombardy Region Alan Christian Rizzi also spoke at the ceremony about the Italy-USA relationship, “Our countries are linked by a long-standing friendship that is still alive today. The United States has been a crucial partner for our Region.”

Speeches were followed by a cake-cutting ceremony and festivities. Food and drinks were served under the stunning archways of the fifteen-century ducal courtyard. 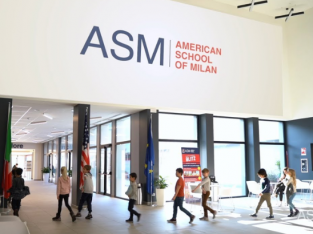