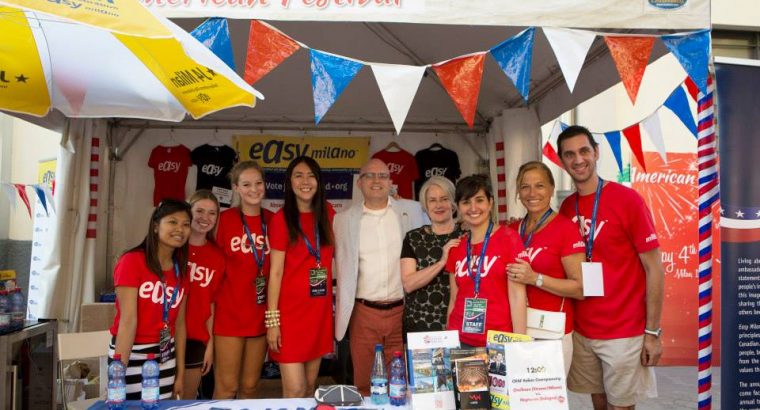 The “Spirit of ‘76” is with us once again as we celebrate the 241st birthday of the United States of America! More than 152 years after the first U.S. Consular Agent was appointed in Milan, the Consulate General has seen steady growth in demand for consular services, diplomatic engagement, and commercial outreach. This certainly reflects the importance and energy of Milan, Lombardia, and the northern district we cover as part of the broader U.S. Mission in Italy.

Among notable events over the past year, we will never forget the candlelight vigil and outpouring of support in front of our Consulate after the horrific event in Orlando, Florida. In November, I was honored to join the U.S. Election Night festivities hosted by Easy Milano and the American Chamber of Commerce in Italy. With the change of U.S. Administration in January, we said farewell to Ambassador John Phillips and his wife, Linda Douglass. While we wait for a nomination by the President, confirmation by the Senate, and the arrival of our next U.S. Ambassador to Italy, our great Chargé d’Affaires, Kelly Degnan, leads us all in celebrating our National Day from Rome.

Just as the peaceful transition of government is an integral element of American history, we are reminded regularly of the deep historical ties shared by the United States and Italy, including our close military partnership. The U.S. is home to over 17 million Americans of Italian ancestry, and Italian-American traditions are sewn permanently into the fabric of everyday American life. Similarly, Americans from many backgrounds contribute to the vibrancy of Milan and northern Italy. 2017 marks the 70th anniversary of the Marshall Plan, which has been critical to the security, stability and prosperity of both our countries.

In closing, I would like to again thank our friends at Easy Milano, and, on behalf of the entire U.S. Consulate General Milan team, I wish Americans across the nation and here in Italy a Happy Independence Day!