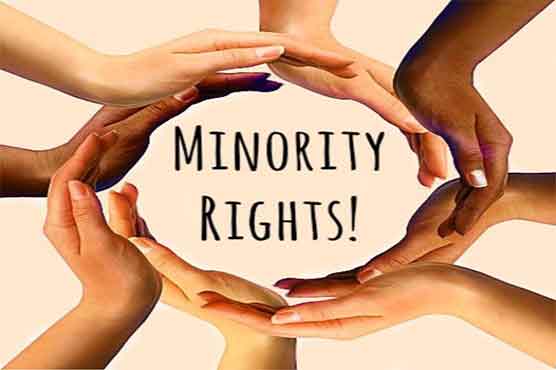 Quotas for minorities (and majorities): Are they the right way to solve discrimination?

Do women need to be helped, actually? In reality, as long as there is an issue of diversity between men and women, there will never be an equality approach to the two genders.

Throughout Europe, women are still certainly underrepresented in economic decision-making and unfortunately, Italy still does not rank among the best performers, with wide gender gaps in employment, wages and careers. For the sake of clarity, under representation exists wherever there is an evident disproportion between the two sexes in the position, grade or level concerned.

The 2015 Global Gender Gap Index of the World Economic Forum ranks Italy in 42nd place out of 145 countries.

As regards gender, the rules governing positive action measures in Italy were reorganised in 2006 by the Code for Equal opportunities, which covers both the public and private sector and brings together – in one document – all provisions on the ban on discrimination and promotion of equal opportunities in all other fields.

Women still need to be helped to gain visibility and have a chance to show how much they are able to do in the businessmen community. To this purpose, the introduction of gender quotas as a tool to promote female empowerment is very controversial in Europe.

According to the latest published data, the presence of women on the European boards of the largest publicly traded companies is approximately 21.2 per cent on average, which is a significant rise compared with 11.9 per cent in 2010. This increase is due to advances concentrated in some countries, particularly those in which legislative measures were introduced, such as Italy (+ 21.2 percentage points) and France (+ 20.5 percentage points).

Law No 120/2011, which introduced, in Italy, a boardroom gender, required boards of publicly traded companies and state-owned companies to have at least 33 per cent of the elected board members represented by the least represented gender within the third renewal of board members and setting a target of 20 per cent for the transition period. In the event of non-compliance, a progressive warning system can culminate in the eventual dissolution of the board. In Italy, until 2011 (ie, before the introduction of the gender quota law), the percentage of women on the boards of directors of publicly traded companies was only 7.4 per cent: there were fewer than 200 women compared to 2,600 men taking the position of board member in those companies (approximately 300 companies). Today, five years after the implementation of this controversial law, according to the Commissione Nazionale per le Società e la Borsa (CONSOB) data, Italy has reached a percentage of 28 per cent of women represented on boards versus a European average of 22 per cent. Only five per cent of chairman are women (in line with the European average) and eight per cent of senior high executives are women.

Companies obviously play an important role in promoting women’s empowerment. Best practices for the promotion of female leadership include training and mentorship programmes, networking, counselling and research, and they are closely interrelated with measures to support work-life balance, such as time-saving services, corporate childcare centres, flexible work arrangements and maternity-related benefits.

Both the measures implemented by companies and the policy instruments introduced by the government, are important to improve things.

Studies in Norway, a pioneer country in the introduction of gender quotas (in 2003, a 40 per cent quota for female directors of publicly traded companies was established), show that, in that country, the law has actually been effective in increasing the number of women on boards of listed companies, even if the fact that this threshold has never been overreached is symptomatic of an objective difficulty to overcome a social and cultural problem in civilised Norway too. Moreover, the fact that the law provisions have not affected the number of women represented in non-listed companies is an interesting phenomenon because it tells us that where the equal gender appointment is not compulsory, it is not considered as important.

The relationship between female representation and company performance is a crucial issue in the debate on the effects of board gender quotas, although evidence of this relationship is mixed. It does not really support a business case for gender quotas, nor does it provide a case against their introduction.

According to Italian scholars, positive action measures (ie, measures specifically directed to favour women) must be strictly justified by the aim of removing factual obstacles to equal opportunities between men and women, where factual obstacles are stereotypical roles of women in family, social, economic and political life.

Despite the fact that it has been criticised a lot, the law on gender quotas in Italy has the potential to become an example for Europe.

The Department for Equal Opportunities and Bocconi University in Milan have empirically investigated whether the Italian case of gender quotas can provide additional and new evidence on the relationship between women’s empowerment and company performance.

The results show that all the considered outcomes are not significantly (and hence not negatively) affected by the proportion of women on boards, with one notable exception: the reform imposing a higher proportion of women on boards has, on average, decreased the short-term debt of companies. This generally signals an improvement in the income and expenditure balance, or an enhancement of the company’s capability of being paid by its own customers, that is, a potential improvement in the company’s performance.

In Italy, as in most European countries, there are more female graduates than male: specifically, 155 women for every 100 men. Nonetheless, the percentage of unemployed and temporarily employed women is much higher than the percentage of men: 47 per cent.

Concerning another very important issue for understanding how men and women are considered in the labour market, in Italy the wage gap between the two genders stands at 7.3 per cent and increases to 25 per cent for self-employed workers and managers.1

In a nutshell, men and women are different but not diverse and the main success of (pink) quota laws is that – where applied – they have helped in getting the two genders to know each other better in important business environments. As long as a dominant gender is the benchmark, there will always be the need for a diversity policy

On 15 April 2016, at the Annual Employment and Discrimination Law Conference, breakout session 9 on employment quotas for minorities (and majorities) was crowded, although the session was held on a Friday afternoon at 4pm (in Mexico City!).

The session addressed developments such as the recent activities in Europe to expand the representation of women on boards and otherwise in the workplace and examined quotas as a method to eliminate discrimination.

Are quotas the right way to solve discrimination, whether gender, disability or otherwise?

The session explored this and also how are or should quotas be used in recruitment, redundancy selection and what is the real difference between a hard numerical quota and a soft preference; how should data protection law issues around tracking who meets the quota (eg, in relation to race and ethnicity quotas) be navigated to mitigate legal risk; which countries impose quotas in workforce demographics by law and how is it working; and more.

The session generated an interesting debate, which was witnessed and continued after the session with the two following contributions.