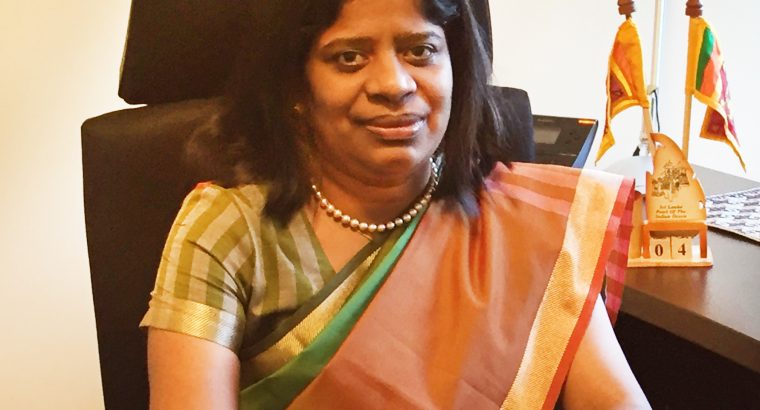 To foster bilateral relations with Italy and serve the large Sri Lankan expatriate community, the Government of Sri Lanka established its Consulate General in Milan with effect from 1st February 2016. I am honoured to be the first Consul General of Sri Lanka in Milan, the financial and economic capital of Italy. Sri Lanka’s Consulate General is the newest member in the city which has the highest number of Consulates in the world.

The Sri Lankan community in Milan, is one of the largest in Northern Italy. A Consulate in Milan has been a long felt need for the Sri Lankan community in northern Italy, with consular services in Northern Italy previously being carried out by a mobile consular service by the Sri Lanka Embassy in Rome. The setting up of a Consulate General office now provides expatriate members of the Sri Lankan community with much needed assistance and services. The Consular requests of Sri Lankans residing in the Regions of Lombardy, Friuli Venezia Giulia, Liguria, Piedmont, Trentino Alto Adige, Valle d’ Aosta and Veneto in Italy, would be handled by the Consulate General Office in Milan.
Italy and Sri Lanka enjoy long standing bilateral relations, built on a foundation of solidarity and understanding. There is cooperation between our two countries in a number of different areas. Italy has in the past years granted annual quotas for Sri Lankan migrant workers. The remittances of immigrants living and working in Italy contribute significantly to Sri Lanka’s economy. The Sri Lankan community in Italy is well integrated and contributing to the Italian economy and productive sectors. In 2013, remittances from Italy to Sri Lanka amounted to 156.3 million euros, which is an increase of 60% compared to 2012.

My duties will not be limited to just providing consular services, but also to focus on the expansion of economic interaction, cultural exchanges, promotion of tourism and people-to-people contacts between the two countries. In my view, these goals are achievable and realistic. My recent contacts with the Lombardy Region policymakers, business entities, and academia have shown that much potential exist for opportunities and collaboration. I look forward to contribute to enhancing the relations and ties of 64 years of friendship that exist between our two countries, and take this opportunity to extend my wishes for a promising future for relations between Italy and Sri Lanka.